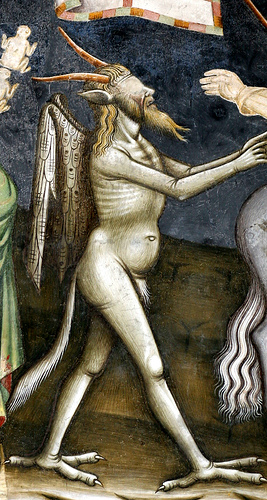 IF YOU have read anything on occultism you might find yourself facing terms such as Holy Guardian Angel and sometimes, more rarely, Guardian Demon and the Dweller on the Threshold. These terms have been confused over the years so will try and explain them. In a system of 16th century magic called Abramelin the first part of the work was to get in touch with your Holy Guardian Angel and it was through it that you learnt the names of Angels and Demons that controlled the universe using magic squares. Protestant commentat ors on the system did not really know what the Holy Guardian Angel was, and some of them, such as Alistair Crowley, who had a psychological bent, thought it was the same as your Higher Self.
However in the pre-reformation Church it was believed that when a human was born they were overshadowed by an Angel and a Demon. It is the role of both to oversee their work in each life and to act as a messenger between heaven and earth. The Angel is a protector and a guide, the Demon is the force that works against the Divine forces to keep the human from returning to God.
Of the two the Demon was the weakest, yet you would know it not by the havoc it creates. Left to its own devices, the Demon will shut the ears of the soul to the guidance of the Angel and encourage the soul to carry on with its mundane life and give no thought to God. Yet if the Guardian Angel was evoked, the balance between Angel and Demon is restored. As the Priests say on the occasion of your baptism. Anger not your Guardian Angel, for it is that which will lead you to the understanding of the True Christ. The idea of a Guardian Angel or Demon has fallen from fashion although they sometimes appear in Disney cartoons as warring forces of a person’s conscious. The Guardian Angel certainly is not your Higher Self.
The term Dweller on the Threshold comes from a Victorian book called Zanoni which was written by an occultist called Lord Bulwer-Lytton. It appears to be a demonic force which appears if someone begins the path of magic before they are ready. It is supposed to scare the willies off them until they decide to stick to a normal life. It is a guardian which stood between the mysteries and the mundane world to prevent those who should not be walking in the immeasurable regions from going there.
Over the years it has come to mean something else depending on which path of magic you use. Alice Bailey in her Esoteric Astrology claimed that it was the sum total of all instincts, and wrong thinking which has built over countless lifetimes. Other occultists describe it as your shadow which must be overcome before you can carry on your esoteric work.
But one thing I have noticed is that while a few people claim they have encountered the Dweller on the Threshold they are the sorts of people who see the world divided into humans and lizard people. They are often the times who say they braved a conversation with the feared dweller and in the same breath tell you that Elvis Presley was a grand adept of their magical order.
If a Dweller on the Threshold existed the way that Bulwer-Lytton described, none of these vegetables would ever get their hands on an esoteric book, let alone find a magical group, or do any exercises. But that does not mean that it does not exist. Like a lot of things in occultism, Bulwer Lytton was not being literal. 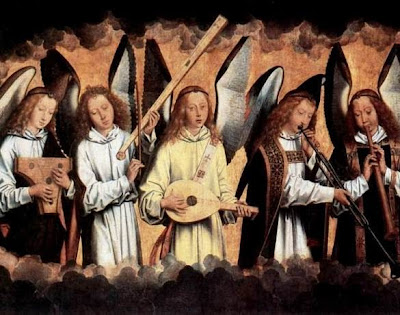 It is not, as some commentators have tried to say a magician’s Lower Self, although there are some similarities and it uses the same tools. It is that force which keeps people from succeeding in the Magical Path. It leads them on a merry dance through different groups, it might even give them magical experiences, but Real Magic is something that they never really experience. Unconsciously they make all the choices that prevent them being Real Magicians. Tragically this does not stop such types being experts on magic or even ruling their own esoteric groups or orders. A teacher might have all the students in the world who pay a fortune to attend his lectures, but be no closer to the goal of being a real magician. They are stopped by the Dweller on the Threshold and do not know how to pass. It is not the sum total of their animal instincts, but that which protects magic from being misused.
Butler-Lytton says something very odd about the Dweller. After saying that it is the ugliest thing that anyone has ever seen, and yet it says that it contains the wisdom of “countless ages”. In otherwords the path of being a real magician is not all sweetness, light and crystal dolphins. When you step into the Immeasurable Region real magic is protected by your own fears, your own lack of self-belief. Your own fear turns you back and turns you into a pretend magician.
In one magical order called the Hermetic Order of the Golden Dawn, a candidate who is blindfolded meets an officer who represents this Dweller on the Threshold. This officer threatens the candidate with a sword and blocks the path until the candidate can tell him his name. The candidate is prompted to say “Darkness is thy name, thou Great one of the Path of shades.” The officer replies: “Fear is failure, so be thou without fear. For he who trembles at the Flame and the Flood and at the Shadows of the Air,hath no part in God.
In the path of becoming a real magician you have to face your fears and this process is what is known as the Dweller on the Threshold. But it is more than this overcoming lower self fears. Real magic is protected by the collective fears of humanity. Its biggest fear is “what if magic were true”. What if an individual really could change the universe. In this path it is a fear that we all face and all come up with our own answers. When we face it, it is our first real teacher. In most cases it means we will leave the path completely back to the safety of our books.
Reblogged from 2009
Share on Facebook Share
Share on TwitterTweet
Share on Pinterest Share
Share on LinkedIn Share
Share on Digg Share

6 thoughts on “Holy Guardian Angels, Demons and Dwellers on the Threshold”