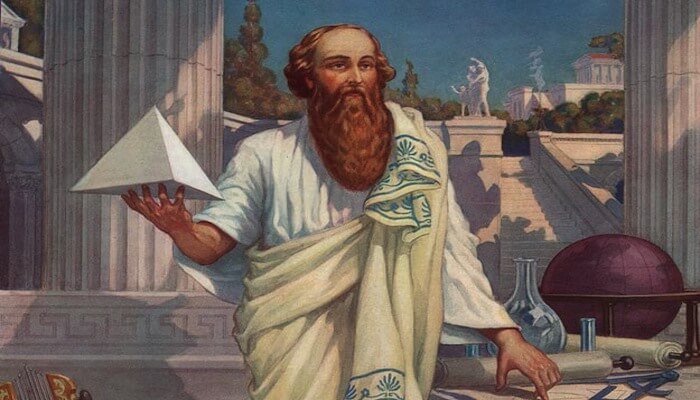 The triangle refers to the supernal triad formed by the Kether, Chokmah Binah spheres but that does not explain the Red Cross.  So lets look at something else. The tetractys was a triangle symbol which was considered holy by the Pythagoreans.  It showed the whole of created matter as a series of ten dots. The first dot represented the One Thing, the Second the Duality, the Third the Mediating World Soul and the fourth the four elements of the material word.    Now the central dot was the most important as it represented the mediating influence of the World Soul from the upper to the lower words.  At the time of the Chaldean Oracles this role belonged to Hekate, but was similar to

Occult groups can't let everyone in. They have to be exclusive clubs and there are good reasons for this. One of the difficult issues that a modern occult group faces is “who do you let in” which actually comes out as “who don’t you like.” The modern “new age” theory is that everyone should be let in unless you can find a damn fine reason not to.  However his is not entirely true.  There are some people who should not be allowed into an esoteric group until they have mastered some fairly basic skills and some will find the work actually dangerous. Mental illness On my Facebook group were talking earlier about being excluded from occult groups for mental illness – and it