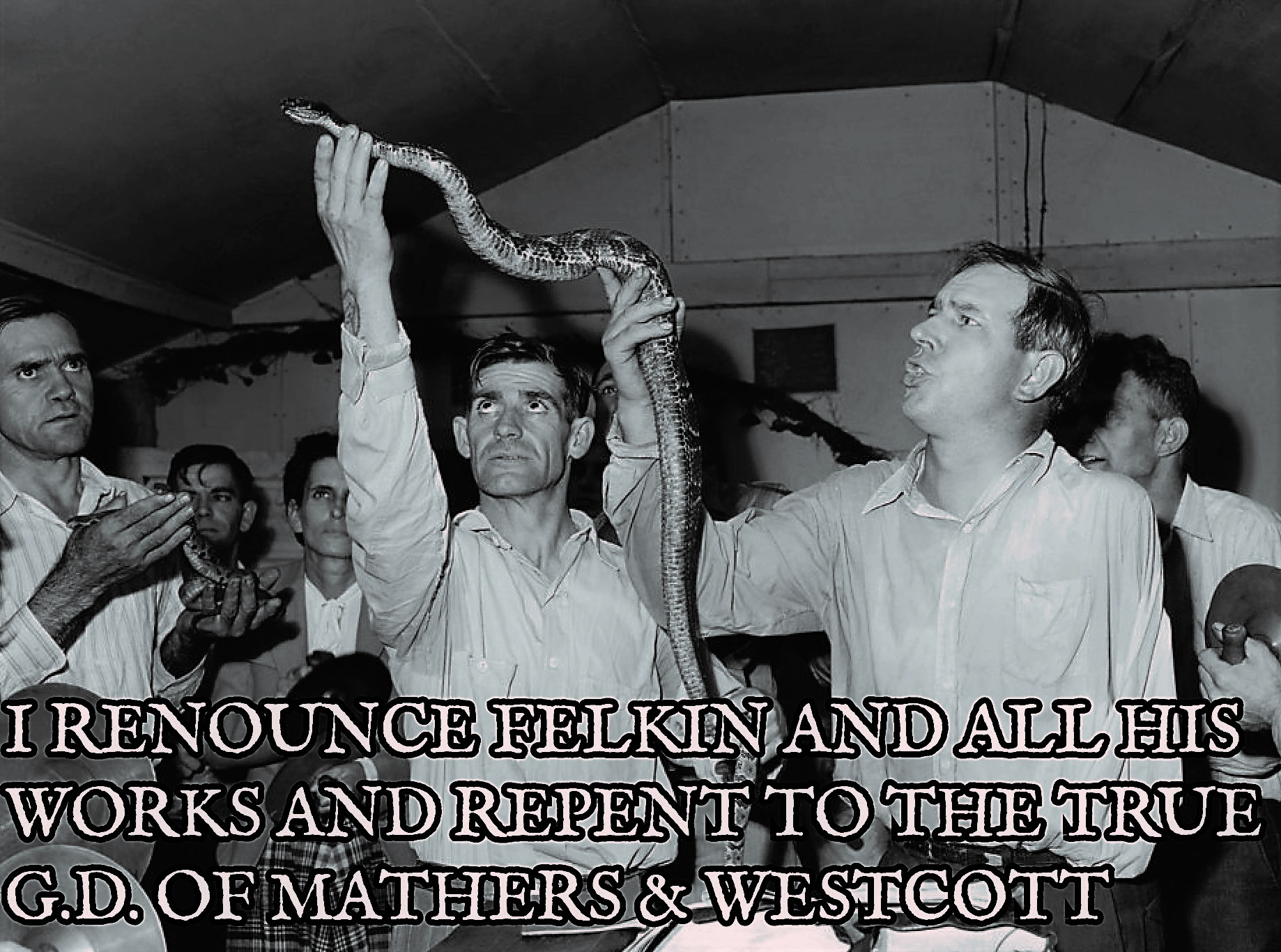 In the last few years, a clique of fundamentalist occultists has emerged who claim that they are following the Original Golden Dawn system. They cut off all developments after Mathers was expelled. For those who don’t know, the central focus for this change means that the god-awful portal ritual in which the student is subjected to a boring lecture on diagrams and the Masonic style of giving the passwords and a funny handshake is superior to the longer more magical ritual which most people know about.  The original ritual can be seen in my Mathers Last Secret Book because the AO could not be bothered changing it themselves. So is there anything in the original Golden Dawn teachings that is better