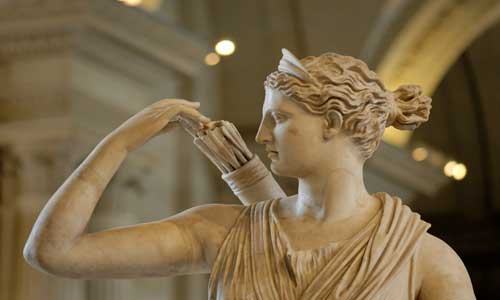 Review: Ephesia Grammata: Ancient History and Modern Practice is a little book by P Sufenas Virius Lupis which is printed by The Red Lotus Library. It is a little book (115 small pages) which covers the use of one of the more ancient magical spells which has survived to ancient times. For those who have never heard of it, the Ephesia Grammata spell is Ancient Greek “Aski, Kataski, Lix, Tetrax, Damnameneus, Aision.” The meaning of the words  had been forgotten by Ancient times.  Many commentators are a little too keen on leaning on Clement of Alexandria’s interpretation as being fact. Clement believed that the Ephesia Grammata meant shadow, shadowy, earth, seasons, sun and word. He thought they were the basis of an