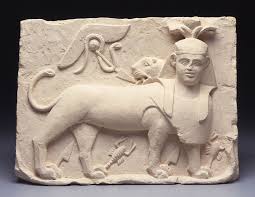 According to the Iamblichus' [1] The Higher Genius is made by the Master of Daemons by the King of the Underworld it is important when trying to contact this Daemon to also contact being. Unfortunately, there was no God named as being the master of daemons and many people think he was Hades, which makes a far amount of sense. But another candidate could be the Egyptian god Tutu who related to (amongst other things) to the the Higher self of the Pharoah. He was a popular and accessible God to whom people could turn for help in their everyday existence. He was shown in side view but with His head turned to be viewed frontally, emphasising this approachability. Tutu  usually is