Skip to content
Beyond the Sun – the secret teachings of the Missing Golden Dawn Order  (click to order)
“This book contains the Secret Inner Order Teachings of the missing order of the Golden Dawn – Whare Ra. Whare Ra managed to keep secret and above all keep running long after the other Golden Dawn magical orders had given up the ghost. Closing in the late 1970s the Order was founded by Dr Robert Felkin nearly 100 years ago. Working in New Zealand, Whare Ra became a secret forefront of occult teaching.
Nick Farrell publishes the Second Order Rituals of this Order including the 6=5 and 7=4 in their complete and unedited state as well as the 6=5 training papers and lectures. He also examines the history of Whare Ra and provides commentaries to the rituals.
Contained in this book are the 6=5 experiences of the poet WB Yeats and other adepts who went through the various initiations. It also contains magical exercises inspired by the Whare Ra material
This book is limited to 100 copies and was published on the anniversary of Robert Felkin’s death. 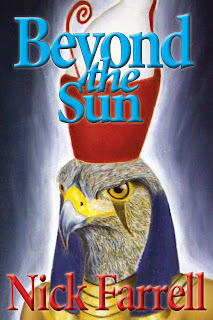 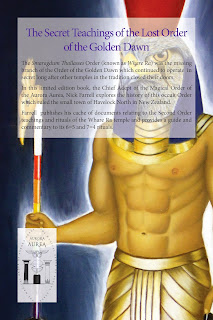 This limited first edition is selling out faster than I expected which is good.  Thanks everyone.