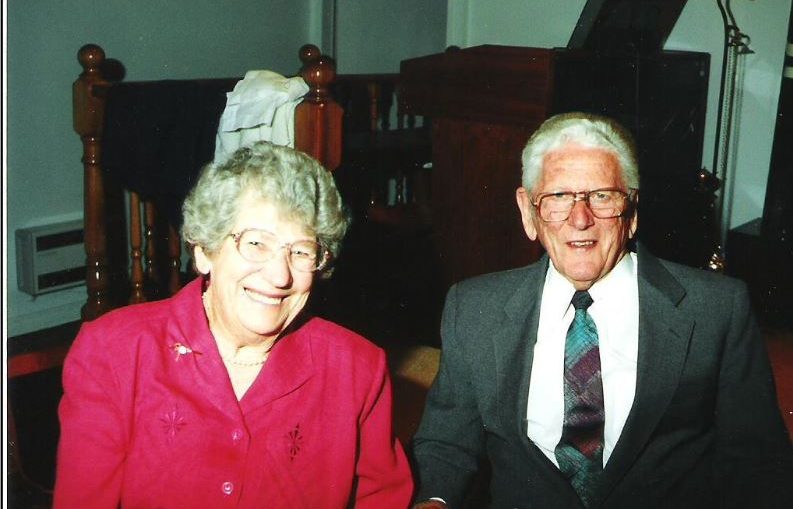 One of the founders of BOTA in New Zealand, Joyce Chesterman died on Friday, she was 102.

Joyce and her husband Will built BOTA in NZ in 1963. While Will was always in front, it was Joyce who kept everything running smoothly. When I was a member of BOTA in the 1980s, Joyce was ever present. I cannot think of a time she was not there.

Will Chesterman, who with the best motivations, froze the Order, so it focused on the worship of founder Paul Case and his successor Anne Davies.  In Will’s view, the teaching of BOTA stopped with Davies death and all that needed to be done was preservation.   In some ways he might have been right, BOTA did survive, but it also imploded after his death.  Will’s problem was that BOTA stopped making adepts, like those who showed any talent were usually at odds with him.

Joyce balanced Will out tempering many of his more severe judgements with mercy. She came across as a kind person who spoke from the perspective of authority.

For all the good that did her, after Will’s death, BOTA spectacularly betrayed Joyce. They kicked out her out from the temple she and her husband had put their life savings into (literally changing the locks) and took control for themselves. They deleted all reference to the Chestermans from their website.

In recent years that rift may have been healed, which is important.  Joyce was the last of BOTA’s heyday and instrumental to its success for countless people – including me. It was her I went to when my house was haunted by suicide and she gave me the material to deal with it. When I returned to BOTA many years later, it was Joyce who remembered me and made sure that I was welcomed.

Hers was a long life, well lived.