Skip to content
You are here
Home > Uncategorized >
After the Golden Dawn’s light at Whare Ra was extinguished, it did not take long to be reborn in a different form. This week, as a sign of the solidarity and friendship amongst the Modern Golden Dawn Leaders and members of the Western Mystery Tradition, we all signed a declaration of congratulations to the Hermetic Order of the Golden Dawn on the 30th anniversary of the consecration of the Vault by Israel Regardie.  If you hear that there are Flame Wars between members of the Golden Dawn, you might want to look at this list.  Then you would realise that how many of the Modern  Golden Dawn Orders are working together and are friendly.  When you look at this list you will also see the many well known names who acknowledge a debt to this Golden Dawn event.
NOTE:  I got this list early and apparently there are some more names to be added.  The full list is appearing in the next issue of Hermetic Virtues which will be out on the 24th of June.
ADDITIONAL NOTE:  The organised of this have been flooded by loads of people and different orders (some of which we did not know existed) who want to sign up.  If you want to place your congratulations you can do so here http://www.facebook.com/events/450898208254037/ 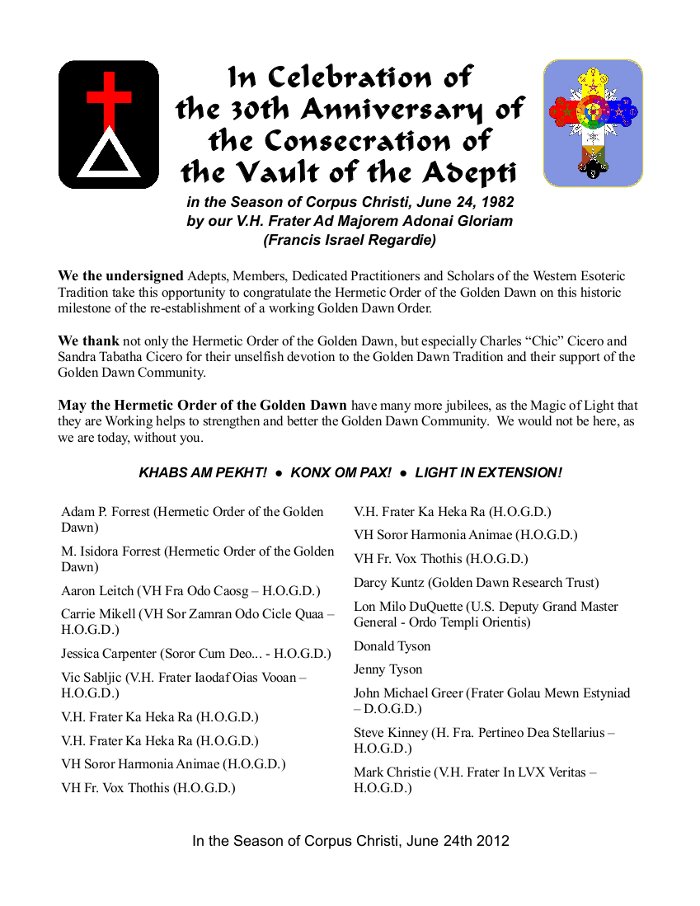 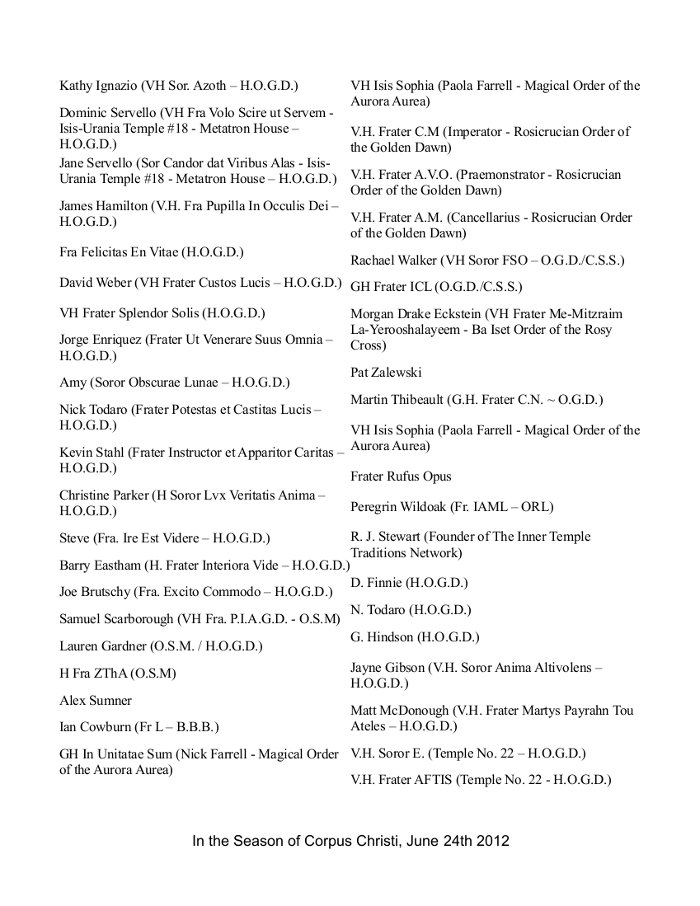 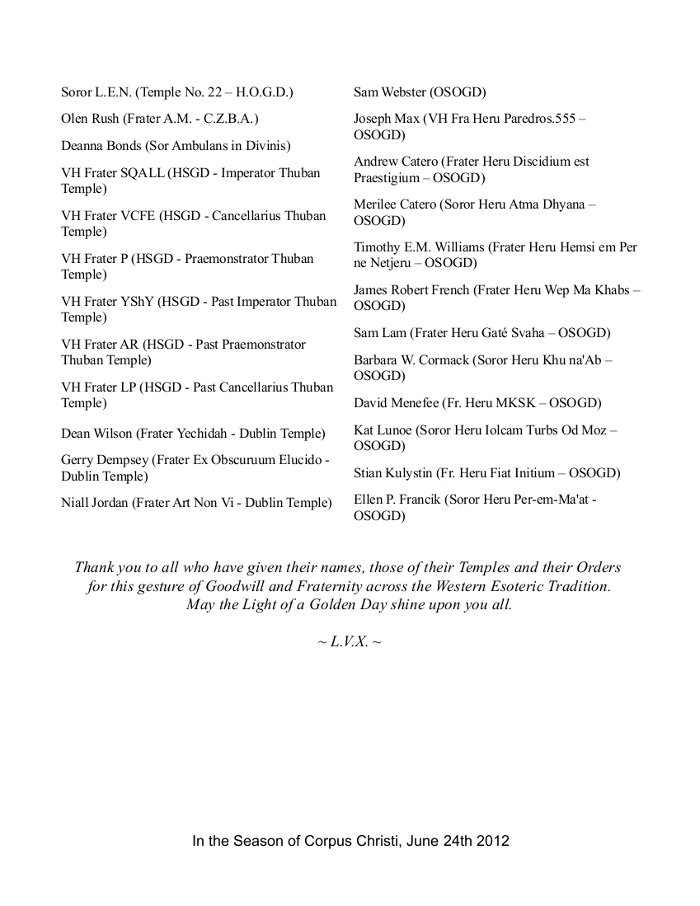