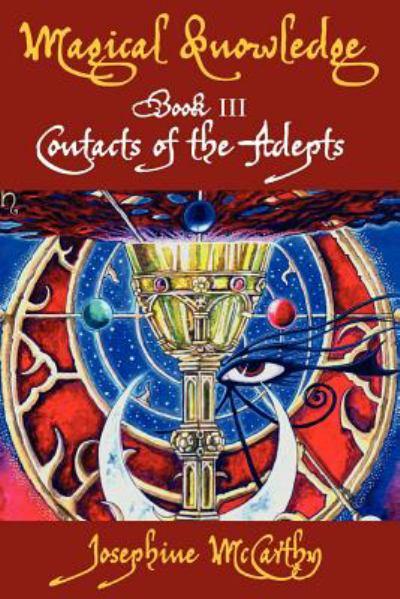 Recite! Recite what God commands you. Recite the words that the Angels brought to the world and uttered before the throne of God. Recite so that thy soul shall never forget. Recite from the depths of thy heart where the words of God are written upon the souls of all beings. Recite so that all worlds and all times shall hear what we have given to those who would listen. Recite the song of paradise so that all shall behold its beauty.

This is the state where the Inner Traditionalist becomes the Ritualist and the Ritualist sees the power behind the words. Magical acts become like riding on top of a speeding train of words, and gestures towards your spiritual destination. Worlds of vision take on the nature of reality, while worlds of reality become enlightened with vision.   Ritual is designed to assist visualisation and make it easier to interact with the forces you are using.
As the title says Contacts of the Adepts looks at how to deal with inner plane beings and creating portals which connect you to them.  It is a real mine field, or perhaps it is better to say mind field.  Because it is a region where deluded people are drawn like moths.
Such types however will be easily offended by McCathy’s blunt prose, as her other books in this series, she tells it like it is.  The deluded do not like reality to enter into their fantasy worlds and will insist she gloss over important stuff.
But this book is not for the inexperienced either, unless they want to see what they are letting themselves in for in the long term.   Contacts of the Adepts is a book which provides working magicians with inner techniques which not only explain how their magic works, but also ideas for new areas of research.
This should be on the shelves of all serious magicians, particularly those who have made ritual magic their focus.  That way, they will start to understand what they are doing ritual for.  Recommended.
Share on Facebook Share
Share on TwitterTweet
Share on Pinterest Share
Share on LinkedIn Share
Share on Digg Share