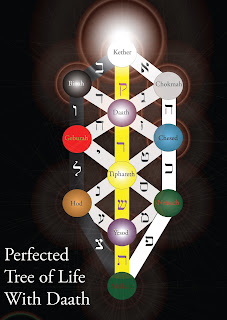 Few of the diagrams of the Golden Dawn are used in the Modern Golden Dawn initiation rituals.  This is because many modern Golden Dawn orders were based on the rituals printed by Israel Regardie just before the Second World War in his Golden Dawn book.
The Bristol temple was going through a phase of removing parts of the ritual it did not understand or felt were cumbersome and the versions of the rituals that Regardie experienced were these cut down rite. The candidate still saw the diagrams, they were given to him or her during their course work and that was felt to be enough.
When deciding on the rituals of the Magical Order of Aurora Aurea I felt that we should return to the Whare Ra rituals. Whare Ra was the last surviving order of the Golden Dawn, closing its doors in the late 1970s. I worked with some of the people in that temple after it closed and know the magical depths they managed to find within the Golden Dawn system.
Going through the old rituals, I was surprised at quite how many of the diagrams there were which have to be presented to the candidate. Some were obvious, some I had seen and some were a complete mystery. Some diagrams even appeared to be repeated or the information duplicated across several grades. In each case the diagram was explained by the officer, often extending the length of the ritual considerably.
Part of me started to agree with Bristol and think they should be edited out. After all how can a candidate who has undergone an initiation that means anything actually stand, let alone comprehend the subtleties of a dozen diagrams.
I had been following a few threads on the various diagrams and decided that what ever happened they were important for a reason unknown and the Magical Order of the Aurora would use them in its initiations.
One thing we did do was to use the godforms associated with the diagrams to over shadow the candidate during the speeches and to link the diagram to the candidate’s sphere of sensation. I thought that this would be fairly tame and a sensible magical use of the them. 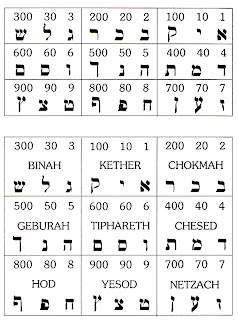 However during psychic observations of the use of the diagrams in the initiations we started to notice that they were doing something more than we thought. Firstly the godforms appeared to be teaching the candidate something in connection with the tablet while the speeches were taking place. Secondly the godforms appeared to use the tablets magically to change the candidate’s sphere of sensation. In several cases we heard a clicking sound when some people were exposed to the tablets as their sphere of sensation was re-orientated.
This was interesting so I returned to the rituals to note where some of the confusing diagrams apppeared. Perhaps the strangest was the Geomantic Diagrams which were scattered throughout the GD rituals. However if these diagrams were part of a huge psychic operation which is taking place on the candidate’s sphere of sensation over several rituals their function becomes more than simply providing intellectual information. Geomancy works with the Earth spirits so in the initiation it is sealing and earthing the different components of the psychic operation. This is particularly so in the 4=7 when the candidate is shown something which tells them how to build an Earth talisman. Pat Zalewski was the first to spot the fact that when Mathers converted the the Cipher manuscripts so that the geomantic symbols used in the talisman were Rubeus and Puer. It made sense in some respects in that the path where the candidate is exposed to this particular talisman is on a Luna path and Mathers wanted to hint at the feiry Mars aspect of the Moon. The fact that he changed it is crucial because it says he recognised that the presentation of the diagram would have a magical effect. Unfortunately he was being a little too clever by half. The author of the Cipher documents said that the talisman should be Rubeus and Admissio. The fusion of these two geomantic symbols would be to negate the destructive aspects of Rubeus and allow the positive flow of love. This path after all is a move towards Netzach and very appropriate to the idea of the Moon under the influence of Mercy.
So it appears to be fairly clear that an operation is taking place here and not simply the masonic presentation of intellectual knowledge.

Take another example. Several times the candidate is shown various versions of the geometric shapes, in different guises. The information could be worked out the first time you see the diagram so why do you get a reprise for the second and third times. My suggestion would be that this is giving the sphere of sensation instructions in an energy form that it can use them to communicate but also crystallising parts of the sphere of sensation so that they fit to those shapes.
All this is fairly good magic covered under a dry intellectual shield. If the diagrams, such as tarot, have the effect of shaping the sphere of sensation then it becomes crucial that they are used and presented to the candidate.
But the diagrams also have another function in the temple. When they are not being showed to the candidate they act as invisible stations for power. This makes their placement important as it is possible to see lines of force between them. Remember that in an initiation the temple represents the candidate’s sphere of sensation so these focal points become crucial.
With these diagrams being restored to the position of magical weapons their power becomes obvious. However this does raise some pretty obvious questions. The first is why did the Bristol temple think that ditching the diagrams was a good idea?
It is quite likely that in various times in its history the Golden Dawn has degenerated. The magical meaning behind the rites has been lost. While Felkin’s Whare Ra remained on the ball there was no-one to check what the “provinces” were doing. There is an inherent trend within the Golden Dawn to kill off its magic side, or at very least, not study it. When this happens an order goes through the rituals and the motions of a working order without it being one. Diagrams, which superficially appeal to the Intellect are easily dismissed for what they appear to be, rather than what they really are.