Skip to content
Israel Regardie tended to slag off Crowley. After all, the Great Beast wrote a really nasty letter about him which, among other things, said he was a compulsive masturbator so he had a right to be miffed. However, according to Chic Cicero if a younger occultist attacked number 666, Regardie would wade into him and defend Crowley to the hilt. He said that he knew Crowley, it was his right.
I did not really understand that, until someone in an argument had a pop at someone in Whare Ra who was one of the teachers of Pat Zalewski, Jack Taylor but also had a go at the person who was my initiator, a 6=5 called Percy Wilkinson. The person in question was looking that this person from the perspective of history of the Golden Dawn. I didn’t know Jack and what I have picked up about him was second hand, but I did know Percy.

Percy was the simply the best initiator I have ever seen. I have tried over the last 14 years to mirror his success and only gained a shadow of it. He was a 6=5 at Whare Ra and managed to do things in that initiation that I would not expecting and would never do so again.
But my reality, based on personal knowledge and experience, had challenged some history that someone was trying to create. This person believes that Mathers and the early Golden Dawn was the bee’s knees and Whare Ra was not how it was done in the GD and therefore suspect.
Such an attitude is to be expected. I am a journalist, I have sat in as history of one sort of another unfolded. I have also been around long enough to see what historians have made of the circumstances I have sat through. The experience of reality was nothing in comparison to the story that unfolded.
But when it is as personal as my occult experiences it seems different. When you see your history, merged into the limited understanding of occult historians or even just “stories” you wonder what are the “real people”. Behind the various myths that are described for them. Can documentation mirror the reality of what it was like to be a member of the Golden Dawn or Whare Ra?
I have a clear view on the teachers I have had and the people within various groups I have worked with. I was also present during key pivotal moments in several groups. But the strange thing is that I know that when these same events are described they will be hammered into what ever pet theory that people have at the time.
This person’s pet theory was that Whare Ra which was the most successful Golden Dawn temple ever was “less important” to the Golden Dawn tradition.  How thinks were done at Whare Ra was interesting but a footnote to what was done elsewhere.
It was made on the basis of papers… the sort of things that historians consider primary sources.
However Percy, Barbara and all the people I have worked with do not figure in these papers. They are just records of various z documents etc. 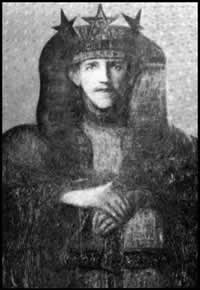 With my historian hat on, I can say I am not impressed with the Mathers and Westcott. But based on this incident I can also say I have not got a clue about who they really were. When I wrote King over the Water with Melissa Seim I tried to make them a little more human and understand where they were coming from. My experience in Masonry helped. But really I have no real idea what it was like to live in the Victorian period or what it is like to have everyone you loved kill themselves, such as Westcott, or have an attractive wife who is scared of sex, like Mathers.
All I can do is look at their letters and try and interpret things. To do this it is important to remove what ever bias I have against them. The modern Golden Dawn holds up either Westcott or Mathers as Gods. I came to the conclusion that neither were particularly important to the story. The real “character” and “Genius” of the Golden Dawn was the Order itself. It has evolved into the different Orders you see today.
It is easy to say the Golden Dawn or the AO was better than Whare Ra. But the fact is that no one knows what the AO or the Golden Dawn were like. I picked up what Whare Ra was like by talking to people who are now dead who were there. The stories were far different from the papers. For example you can find a Whare Ra document that says masks could be used for the grade ceremonies. Yet Percy told me they were not used in his life time and he had never seen them. Jack Taylor told Pat the same thing. Since Whare Ra was more Christian than the early Golden Dawn I would think it was possible that the removed them. However there is no real record of the other orders using them either. The point here is that the papers might tell you one thing. The reality will tell you another. When it comes to the Golden Dawn all we have is papers and when it comes to Whare Ra we still have some living memories to play with as recounted to Pat, Chris, Me, Tony Fuller and Mike Burden.
So I will give you a memory… this is first hand… it comes from a person being initiated by Percy Wilkinson who was using the Z formula. You can use it to measure the standard of your own Golden Dawn group and then tell me that Whare Ra adepts did not know what they were doing.

I had been stuck in the chapel for three quarters of an hour. I was bored. I had meditated on the egregore and done all I really could think of doing. I had heard the cars of others arrive at the temple and them getting ready. But I was awake as much as normal.

I could hear the ritual starting up. The “knocks” and then suddenly something physical happened. My consciousness moved so that it was not quite my body, like I was watching the story and being a part of it. I relaxed but at the same time could not move. I was feeling a bit stretched.

There was a knock on the chapel door and a person led me downstairs. He put me in the robe and asked me how I felt. I opened my mouth to speak but no words came out. I tried but couldn’t. “Yeah, that is normal I was told.”

He put a black bag over my head… but my consciousness was split I was both looking outside of the bag and inside it. I could not walk properly.

The doors of the temple swung open, but I saw them clearly. There was a blazing light inside the temple and I could see it clearly. I walked forward and suddenly I was barred. What was strange about this was I could not see the “people” just the godforms. As the barring happened my heart centre opened and I could feel it. I felt that part of me was in a different part of the temple watching me being initiated but I was aware of a presence behind me whispering stuff which I understood but didn’t. Another part of me was inside the black bag and yet another part was hovering above watching the swirling patterns that the ritual was forming below me….”

That should give you a rough idea. I have never experienced it before or since. There was something similar which happened during my 5=6 but nothing like Percy’s initiation which I have been striving to recreate ever since. Sometimes with some success, other times not.

Although I had other initiations before and since, that one is where I feel my serious magic began. It was by this one that the others were measured, and by those that I think about whether or not other groups “have it” or not.
Although it is fun to get caught up in the history, or the correct way to hold a wand, at the end of the day it is the magic that interests me. In that regard I am sure that based on the magic of Percy, Whare Ra “had it.”
I was lucky, however when it comes down to history, it is hard to explain real magic to anyone.
* The Photo of the back end of Whare Ra was borrowed from Wikipedia  http://en.wikipedia.org/wiki/File:08_Looking_NW_at_Sth_wall_of_Whare_Ra.jpg.
Share on Facebook Share
Share on TwitterTweet
Share on Pinterest Share
Share on LinkedIn Share
Share on Digg Share