Skip to content
I have absolutely no problem with other GD groups. The Magical Order of the Aurora Aurea is quite close to other some other GD groups and regularly share information.  Generally until someone has a pop at me I am usually fairly open and trusting (sometimes to a fault). 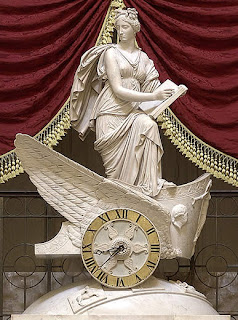 The issue of historical research can be thorny. A researcher’s job is not to act as the propagandist for their own order. They have to be open minded as to what might have happened even when this will lead them away from an official line that their temple chiefs would be happy with.
If the line of reasoning of their temple chief is “Mathers was a god and I am the incarnation of Mathers” a researcher would be in the uncomfortable position of having to point out that Mathers was a drooling looney, if it was true.

Then there is the problem about who “owns” the material. Some groups, as part of their articles of faith, claim that they own the Golden Dawn material and therefore unpublished material is protected either by their oath or moral copyright.

Recently one dusted off the argument that I was an “oath breaker” or some such stuff because I released the 1910 AO’s Book of the Tomb which a group which claims lineage from that order said it “owned”.

The question is, does a researcher ignore the protests or strange rulings from other Orders in the quest for “unity”? The issue of secrecy is one that I have thought about a lot as a writer/historian. I see it this way.

Anything that comes out of a modern Order must have a new approach to the material or else it is not a true manifestation of the Golden Dawn. The documents that come out of the GD involve the barest of bones of the system which still need to be interpreted and put into action by the chiefs of the new Orders. New material and new approaches are by nature secret.
If another Chief wants to share them with me, or me with another that is good and interesting. However if I were to publish material which was written by, say Chic Cicero, to explain the Book of the Tomb that would be wrong. Nor would it be right to publish material that has been consistently used by an other group.
For example the Order of the Table Round material, though historically interesting, should not be published because it is being used (anyway the current ritual is still under copyright). It is not wrong to publish the AO rituals from 1910 but it would be wrong to publish the 2010 rituals of a group which claimed to be the AO.

As a researcher it is wrong for me to deny other Chiefs the right to look at the original material and develop their own systems based on that interpretation. Therefore anything I find, that I publish, assists all Golden Dawn orders.

Their chiefs can choice to accept, reject or develop the material themselves. If they adapt the material and provide new approaches to their systems, in the same way that they did with the Regardie book, then the researcher’s work is done.

Finally there is the matter of the researcher who “listens to their own chief” as a source. For argument’s sake, if I find a paper that says that Westcott molested small boys yet I ignore this paper, or write it in such a way that the information is obscured, because my Chief tells me it is a bad idea, or was not true, then I lose the right to be a historical researcher. Likewise if another researcher proves that my Chief’s historical perspective is wrong, it is not my duty to prove the Chief right. It is my duty to look at the evidence and change views accordingly.

This is tricky when a researcher’s role in an order is tolerated by the Chief while they are supporting the Order’s official line. This is one of the reason that the best GD researchers have been those, such as Gilbert and Howe, who have been outside the order and are not worried about upsetting anyone.

BOTA insisted that Whare Ra had predicted that a red haired woman would come from overseas as “a messiah”. It is likely that prophecy was made up by members of BOTA in New Zealand who were fans of Anne Davies, who had red hair, in a bid to attract members of Whare Ra to their group.

I tried to track down if there was any truth to the prophecy being made and the only ones who had heard of it at Whare Ra were those who were also members of BOTA. While Mrs Felkin had made a prophecy about a New Zealand messiah, there was no mention of red hair, nor that the messiah was a woman.

Turning Anne Davies into a messiah was a tall order anyway. When she tried to speak to Whare Ra members in Hawkes Bay, Percy Wilkinson had to leave the room because he was laughing too much at her.

A BOTA historian would have had to admit that the prophecy was PR spin. It would be their job to say that the story was made up and not to report it as fact, or say “at the time there were rumours of a prophecy”.

Lastly a researcher knows that there are no absolutes. You can have all the paper in the world to back up your point and still be completely wrong. This is a problem for those who want a more fundamentalist religious approach to the GD.
They quote the Z documents instead of the bible, but they are more or less the same thing. There is a basic insecurity which wants them to see that their view is “written down” by an “authority” which instead of god was Mathers or Westcott. However the GD always was a system evolution with each generation taking it in a different way.