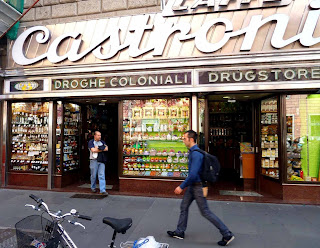 He was exactly what you would expect from a secret chief.  Well, dressed, calm, urbane, and clearly well off.  He managed to look younger than he was. He told me he was a Corsican of aristocratic pedigree.

We met in a coffee shop close to St Peter’s so that my wife, Paola, who works in the area,  could act as a translator so that he would be more comfortable talking.

He was extremely interesting having been connected with lots of magical orders and alchemical groups that I had never heard of.  In one breath he was in something called the Osiris Order, the next it was Grand Orient and Scottish Rite freemasonry and the Italian strain of Misraim and Myriam.  There were lots of great French alchemists named, his greatest love appeared to be Alchemy and he threw a lot of alchemical words into the conversation which I totally failed to understand.

There were so many orders and systems of magic involved with his life it was a wonder he had time to do any of them.  I asked him why he was involved in so many and he said it was “for the cause.”

The “cause” apparently was to fix Europe by uniting it under a Priest-King and a synarchic system of government similar to that which was discussed in Plato’s republic.

“We have placed contacts in many occult orders and in high places in government,” he said.

It was interesting because this was exactly the sorts of offer that Samuel Mathers was getting from his associates in Paris in the 1900s.  He even hoped that this occult revolution would mean he would get a small kingdom in Scotland.

This person did want to do something with the Magical Order of the Aurora Aurea.  In return he would give us access to information which we could place in our higher orders.  There would be some costs for this training and we would be required to support the cause.

“The alchemical methods which we teach will ultimately make you very wealthy, which is why we do not give them away without a cost,” he said. 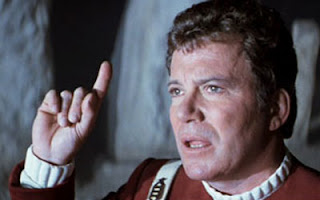 I was also left with a typically Star Trek problem out of all this.  In largely awful Star Trek V: The Final Frontier Kirk encounters a being which claims to be God.  Not just any god but God itself.  The God wants to get off a planet on a starship and return to ruling people.  But as James Kirk himself says “what does God need with a Star ship?”

Secret Chiefs are supposed to be spiritual supermen.  They are supposed to have transcended occult orders. Yet this focus on politics, esoteric orders, money etc was entirely mundane and therefore suspect.

If you have reached a certain state you do not join lots of Orders you focus on just one and you make it better.  Order collecting is something which indicates a need to belong and empire build, also something I do not expect from a secret chief.

The other issue was money.  His way was going to prove expensive and even if I had that sort of cash right now, parting would not make sense.

One of the things he told me he could do was transmute metals into gold, so why was he asking me for money?   Surely if he needed money he could just whip up a few kilograms of gold.

He had no idea what any of the passwords or grade signs for the Magical Order of the Aurora Aurea were, and indeed was very shaky on his knowledge of the Golden Dawn system.  My point is that why would a Secret Chief who knows so little about my magical system be of any use to me – unless I really did want to play his international political games.
He also did not seem to want to test my ability or knowledge either?   It was as if he had selected me for his grand plan, but it did not really matter what I could do.   In fact I could have been a complete loon and I would have been in, provided that MOAA provided his groups with cash and members.

It was fairly unlikely that any of the groups that he was involved with would be much interest to me, as I lost interest in joining lots of groups when I found the Golden Dawn could cover all my needs.  While I would work with other groups and experiment with other systems it would always be in the context of the Golden Dawn.

He suggested that some of these different order materials could be worked in to the higher grades of the order.  However those grades are more mystical.  There is no room for anything that comes from the head after the 6=5 indeed the 7=4 is about making your own direct contacts with the One Thing and expressing it in matter.

There was little about God in his conversations.  He talked about a pagan purity which would restore Europe, but this was not his main focus.  He talked about teachings coming from Egypt but never once mentioned Egyptian Gods.  Indeed his personal paganism was not Italian at all but Norse which he said encapsulated the value of purity and a hatred of weakness.

“We are finished with every weakness and compromise that turning the check which is derived from its Semitic-Christian root, has infected our blood and our intelligence,” he said.

He said that without returning to such a pagan tradition there was no liberation, no true restoration, or a conversion to the true values of spirit, power, hierarchy, and Empire.

While the idea of a return to a more pagan approach to religion was appealing to me, his approach seemed simplistic and just another way of obtaining control and training the masses rather than having true spiritual meaning.  Magic to me is about a personal experience of the divine and not anything like this.

The conversation was open, and interesting, but after a while he realised that I was not going to follow his views.  Nor was I going to buy that he was a Secret Chief in anyway.  An interesting man, an adept of something, but not anything like the  physical secret chief’s which we had been writing about, if they ever existed.

Anyway we agreed to stay in touch…. But I learnt a lot about Secret Chiefs in that meeting in a coffee shop around the corner from St Peters.