The Whare Ra Vault is the last surviving, and certainly the most used vault ever created by a Golden Dawn order.  It was built incredibly solidly with secret panels in the Mars Wall which lead to special smaller rooms for the 6=5 and 7=4.  It was so solidly built that when Whare Ra closed its doors it tried to scrape off the colours and found it too difficult.  Instead they ripped up the carpet and the light from the roof, sealed it up and pretended it was not there.  It was later discovered by the new muggle owners who thought they had bought a house designed by the famous Kiwi architect Chapman Taylor and discovered the secret panel with the vault in it by accident.
One would think that a vault which had been in use for more than 60 years would be buzzing with power and energy.  Most people visiting the room know would be completely underwhelmed.  That is because the last Chief, John Herman von Dadelszen cleared the room, but we will get to that issue later.
The truth of the matter was that the Whare Ra vault had a fairly sinister reputation.  Part of the problem was that it was always wrong and it is not clear why.  The colours were not based on anything that Whare Ra had written down.  Even allowing for paint to lose its colour over the years, the Whare Ra vault was too dark.  Some of the colours which had been selected where muddy and brown, and you would think that someone over 60 years would have done something about it.  But they didn’t.  Also several of the walls were in the wrong place.  I know why, but it appears that Whare Ra went with the idea because it fitted with the concept of vault being at Tiphareth with the hidden 6=5 door to the left and the Jupiter room on the right.  However Whare Ra’s scheme for the Vault do not fit that. 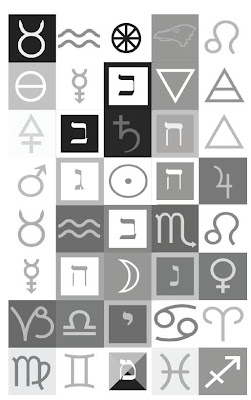 After Mrs Felkin died, standards at Whare Ra dropped and some people started carrying out experiments that she would not have approved of.  According to one elderly Whare Ra member, Barbara Naan told me that the 6=5 room was being used by a group of adepts to carrying out experiments using Mather’s Goetia.  The adepts involved in this circle were not named, but it is clear that they knew enough to get something but not enough to control it.
What happened was never talked about, but suddenly that room was only being used for the 7=4 initiation and nothing else.  To make sure that no one used it easily (7=4 initiations were rare) the chiefs ordered that it be used as a storage with full with old boxes.
Life at Whare Ra went on, but it appeared that there was something rotten in the vault.  Several of the later people who went through the 5=6 started to complain of odd feelings. It is difficult to say if some of those were from the initiation itself or something else.  For example, one person I spoke to who was one of the last few 5=6s told me this:
“After my initiation I stood in the door of the vault with my crook and staff.  There was such a strong feeling that “this is all an abomination” that I had the urge to destroy the enter vault.  I never went back to that vault ever again.”
After Whare Ra was closed the house was offered to members of the Order and then sympathetic associates.   The head of BOTA Will Chesterman told me that he had been offered it and gave buying it serious consideration.
He went up there and looked around, but said that there was something really horrible about the place and he realised that it would “take too much effort to clear.”   That might have been dig at the Whare Ra people.  There was very little love lost between Chesterman and the elders of Whare Ra anyway.  However that was one of the few times I ever heard Chesterman describe something psychically.
Pat and Chris Zalewski’s teacher Jack Taylor told them not to go to the vault because it had been contaminated.  When Chris Zalewski attempted an astral visit she found the astral form of Taylor barring her way.
The old Whare Ra adepts used to meet at the Chivalric Hall and it was there I heard some other interesting stories.  The first was that the first “muggle” owners of the house left because they found it haunted and it was scaring the children who were using the old temple and its vault as playroom.  I was not able to confirm this at all.  However one story was recurring.
Von Dadelszen was a stickler for ritual in the masonic way.  Everything had to be done perfectly right.  A laywer, and Mayor of Havelock North he carried himself with perfect authority and conviction.  The only problem was that he did not realise that the vault had more than one level.  He thought that was the physical vault and then any astral stuff which was contained within it.   To be fair he did do a good banishing, but he did not know how to dissolve the higher levels of the vault.  It was a moot point if he even knew they existed.   What he effectively did, according to Barbara and Percy Wilkinson was push the “inner vault” and all its astral goodness outside the physical structure.   Percy told one of his students that it had been attached to a tree in the garden.
Several of Jack’s students visited Whare Ra at the invitation of the owners and were walking around the garden where they found a tree stump.  One of the students was incredibly psychic and told me that the energy which came off it was like nothing she had ever felt before.  She was not sure if it was good or bad, but it was certainly powerful and in the wrong place.

I know exactly what she means and what it was.  MOAA’s vault is portable and assembled in my living room.  We have to set it up and consecrate it every time.  Shut it down and disassemble it.  The first day after our first 5=6 initiation, I was sitting at the computer and had the feeling was being watch. I saw quite clearly a vortex  about three feet from the ground hovering above the floor exactly where centre of the vault had been.  What I did was shift that energy to the correct level, but I had not realised myself before that I needed to do that.  The Book of the Tomb did not contain instructions for a portable vault.
But it occurred to me that if that was the sort of power that had been generated by one initiation and one consecration, what would be the power of a vault which had operated for nearly 60 years.  Von Dadelszen had pushed that to that tree (which later died) and it remained anchored to the material level. As far as I am aware it is still there, although it would not surprise me if someone had tried to do something about it by now.

I don’t believe that the soul of the vault would have caused much in the way of problems (other than killing the tree) and the connection might even fade with time.  What is in the 6=5 room, may not go so easily… cue spooky music.