Skip to content
Below is an unpublished Whare Ra document. It is has close similarities to a paper written by Dion Fortune and is related to what I call the Inner Temple method. Fortune said that she acquired the Inner Temple method from the AO Chief Maiya Tranchell-Hayes where it was a Second Order AO proceedure. Since this paper was written after the split and is an ST document, it indicates that the idea had a common source and that both sides of the divide used Astral Temples for ritual and teaching. You can see hints of it in the Flying Rolls and the Z-documents.
The idea of using the astral counterparts of important landmarks was very important to Dion Fortune’s work. She used the astral aspects of Glastonbury Tor, but she had the additional advantage of living there.
We are lucky to have a similar site in Rome where the astral reality and the physical overlap.
As this paper points out, these are powerful sites to work for humanity rather than individuals. Rituals which take place at these levels can help humanity a lot.
To seek out these places, even using this paper as a guide, is a lot of work. Even then they are “protected” by their own guardians. If you do find your way into one, it pays to be very, very polite. If you find entrance is easy then you are in the wrong place.
The Temples of the Earth (M.C.)
There are certain areas on the earth’s surface which are surcharged with ritual force. These we call “Temples”, for on them,or most of them, men have erected buildings set aside for Spiritual Teaching. 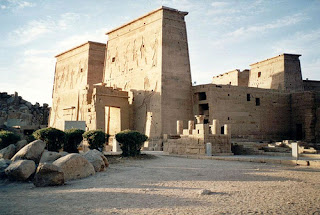 It seems probable that in the first place such areas were marked by some natural phenomenon, such as flames or hot springs in some cases. At all events they have formed sanctuaries for the wild creatures in time of stress
Having once been recognised and dedicated by man, they continue to be used by whatever form of religion prevails at any given time. As for instance the site of St. Paul and Westminster Abbey , which are known to have been Temples of the Sun and Moon, in pre-christian days. There are at least 12 such sites and there may be many more. It seems likely that our own Temple at Whare Ra is such a spot.
These areas have, from time immemorial, been associated with the Astrological Signs and Planets. We know of one on the bank of the Euphrates, which is dedicated to the Sun.
One on the Ruenzori Mountains (between Lakes Albert and Victoria), which is associated with the Moon. One in Central Europe, which is linked with Venus. And another in North Italy linked with Mercury.
There are some others in China and elsewhere.
Mesopotamia (Sun) Northern Persia (Mars) North Asia (Saturn)
Mountains between China and Tibet (Jupiter).
To contact any of these, it Is necessary to be quite clear which you desire to visit, and how you would reach it if you were travelling there by ordinary methods.
In these days we can go almost anywhere by air, therefore you van imagine yourself entering an aeroplane .
First protect yourself by the Banishing Ritual of the Pentagram.
Then enter your plane and behave exactly as though you were going an actual physical journey. Follow mentally the route you have already plotted out. Descend at a convenient distance from the selected site and then endeavour to see with the interior eyes, what is before you.
It may be added that all these sites are distinguished by the presence of mountains, water (either river lake or springs). Pure invigorating air and abundant light .
So far Where Re has lacked the near presence of water. The Order should aim at boring for there is as there is at least one underground stream and there may be two .
One of the easiest Temples to reach is the Sun Temple on the Euphrates. It is simple to follow the course of the river until you are on top of a hill in a loop of the river. After a short canal cuts it off from the surrounding ground and it is therefore approached by crossing a bridge either North or South of the building and climbing steps. On the South side steps begin on the far side of the stream and thus form a bridge in themselves.
On the Northern side the bridge crosses the stream first and the steps are broken into three sets of twelve seven and three,, each marked by a square landing and supports. The lowest of these is a pair of obelisks, the second two palms, the third two lion headed sphinxes.
The southern approach is unbroken and has a hundred steps with a balustrade on each side. At the top either side there are great doors opening down the middle and giving entrance to a large square portico: on the inner side of which hang heavy embroidered curtains.
The aspirant must be ready with all his Order Signs, Grips and Passwords. If he is a Mason he had better be ready with these also.
Remember that you must always enter such a place with the saluting sign and the sign of Silence. Stand still and await further guidance and instruction; use your eyes and intelligence, make a careful note of whatever you see or hear. 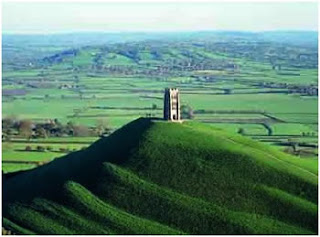