Skip to content
There are few moments where I have picked up a book and found things that “spoke to me” and this one is one of the rare ones which should be on every Golden Dawn magician’s reading list.
Written by Paul Moon it is based on interviews he carried out with a Maori  magician, or Tohunga.
Kereopa was a Tohunga amongst the Tohuoe tribe.  I went up there once to do a feature and I can safely say it was one of the rawest moments I had with Maori spirituality.  I never met Kereopa and it is on my list of things I can kick myself about.   His blunt approach to people was legendary and he felt compelled to say stuff which was politically stupid but turned out to be incredibly accurate.  He saw it as a Magician’s job to shake people up a bit. 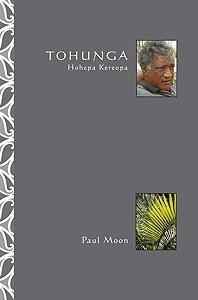 The book is well written.  It is possible to hear the man’s voice and what he has to say is well reasoned and clear to anyone involved in any magical tradition.   If you were to replace the world Tohunga with magician you would get a very good message on a lot of the sorts of subjects which are essentially screwing up the Golden Dawn.
The Tohunga tradition is fading a bit because of white suppression and there are few good ones left.  But rather than reconstruct a lost system, Kereopa sees change as part of any living tradition.  He did not mind the fact that it was losing information when he died.  He felt that teaching would come to future Tohunga anyway.  They would work it out for their age and teach it.

“Each person who takes a leaf of Knowledge opens themselves to receive more knowledge, and so the thing that keeps the [magicians] going in the end is the knowledge that survives, even if it is not past in the way it used to be.  I don’t have any fears that there will not be a single person to carry on what I have learnt, because everyone who is interested will discover all they need to discover.”

In otherwords the modern Golden Dawn is different from anything that existed before 1978, it has been built by those who have discovered new things about it.  It does not matter that it is not the same as Mathers or Westcott people will find the knowledge in the spirit which is behind it.

I think this process was going on even when the old Golden Dawn was going.  It is just that some, like the Maori, harken back to a golden age which never was.

To quote the book again:

Traditional knowledge tends to accrue gradually and unevenly in communities.  The challenges of a new or changing physical environment, economic developments, perceptions of spirituality, spurts of population growth, grinding political advances and the unremitting pursuit of of every kinds of perceived progress, all merge into a chaotic concoction which propels the emergence of a corpus of knowledge that is unique to that community.

In other words each Golden Dawn group is going to be different, and each temple will be slightly different from the main group.  There can never be ONE Golden Dawn and certainly no one RIGHT Golden Dawn.

There is a lot in this book about personal development too and it did fill a few holes my own spiritual thinking. Like I said you can tell a useful book because you say “oh right” or “aha” a lot or put it down while you think through the implications.