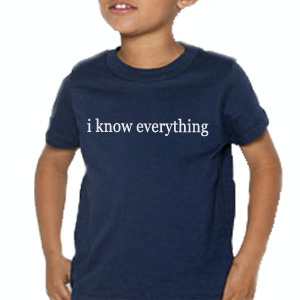 There is a myth in esoteric orders that the teacher of any esoteric order is perfect and knows everything.
To prop up the fantasy when it is fairly clear that teachers do not know anything, or even can’t tie their own shoelace, there has come about backup plans.   These plan b’s include things like secret chiefs, contacts or anything else a group leader can blame for not knowing the facts.
You will find that when pressed, such a leader will say “it is below your grade” or “I am pledged to keep that secret.”
Honesty is not something such leaders can cope with.
I get into all sorts of trouble because I ask questions.   Now as a leader of an Order, I am supposed to know everything.  In fact I will make this clear:
“I do not know everything”.
I do have to ask other people who are specialists in various fields, I sometimes have to ask other magicians for help.
But you know what….
I am ok with that.
I do not have to pretend to be some bullshit expert on everything.  I do not have to pretend to be a superman.  I can just be myself.  Nor do I have to put my own development on hold simply because I run a group.
Sometimes I will ask questions to play devil’s advocate, but other times when I am working along certain lines I need help and do not have any problem with asking for that.
But what is interesting is that other magicians ask me for help and I am cool with that too.   It is when people build a closed circuit which shuts them out from the rest of the world that you know that they are trying to prop up their own egos.
Now I have an ego.
I don’t have a problem with that.  In a world that people are trying to prop up their egos with lies and deceit it is fashionable to claim that you do not have an ego.  In fact the people who claim to be modest, and call for the death of the ego normally have an ego which is so big that the British Royal Family can take a well-deserved skiing holiday on its upper slopes.

I realised that ego was important in my portal when I suddenly realised that I could not stop myself telling the truth, even when it was not in my own interests.    It also meant that I could not play the “game” of being an occult leader. If you are an occult leader you are supposed to spend your time avoiding calling someone a cunt, when they clearly are, because that is not spiritual.
“Being spiritual” also means that you have to sit while some leader speaks absolute shit about themselves and a system which you know better than them. Being spiritual means not calling a spade a spade.
The price of being spiritual is that there is no change in any system.   Call your self a teacher and you are supposed to remove you from any new teaching.  There is no one who is brave enough to tell these fuckwits that they are not even doing magic.  Being spiritual means you have to smile while some loon tells others how important they are because they have some piece of paper which they bought from a library.
It would not matter so much if these idiots kept their mouths shut and just tried to convince their brain dead followers that they were Jesus, but the irritating thing is that these people are often the loudest- shouting their superiority from the roof-tops while keeping their “teaching” “so secret” because they do not dare it reaching public scrutiny.
As a result the Golden Dawn is now associated with such types.   There are not many of them, but they are loud enough.
So as a result when Jake Stratten-Kent made his claim about the contamination about Golden Dawn orders with masonic thinking and war on “spiritualism” techniques he was absolutely right. He was not right about MOAA, or even HOGD, but there are a lot of Golden Dawn Groups out there who are doing exactly what he says.
There is even  GD groups out there which bans psychics and people who have had mediumistic experiences. Because they claim bogusly that was what was intended by the original GD oath!
FFS that means I could not be a member of the Golden Dawn and neither could Mathers, Felkin, Brodie Innes, Farr, Horniman, Dion Fortune, Crowley, Case or anyone else who is a significant player in the GD.   Such ignorance of magic should not be allowed.
Psychic stuff is exactly what the Golden Dawn was all about.  At the higher grades you are spending all your time doing the same things that mediums and spiritualist were doing. Arguably they were using better techniques, but they were still the same thing.
Jake also does not like the idea that we are all closed in and don’t experiment. He is right. There are a lot of groups out there who don’t.  They rely on the fact that their members will not get to the higher grades and don’t bother.  Or, worse, they pretend they have lots of secret teaching which is mysteriously missing when they get to those grades (which few ever do).
In MOAA we want our adepts to work on areas they like and develop them.  They are given assistance by the order to do that and that provides a body of work for others who follow them. This makes magic a science and the GD something living.
Jake is interested in classical Geotia and so am I.  I am working on this, but I am sure that there will be other 5=6s who will be working on areas that interest them and will train others.
As a teacher, I can only do so much.  So I will rely on others who are soaked in my system to research and come up with new avenues of magic for future generations.
That way, I am not limited to having to be a jack of all trades, but can focus on the things that interest me, while promoting those adepts who know what they are doing in particular areas.
Again this has to mean that I admit that I do not know everything. Occultism will move forward when it ditches the belief in a perfect teacher, and the need for teachers to pretend that they are.
BTW I am not referring to one order here it is a general concept.  If you think this is talking about you and your order you need therapy and are part of the problem.