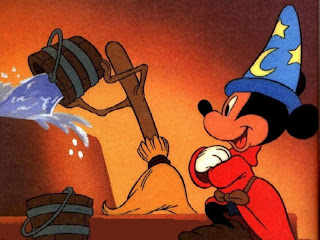 Everyone who follows this path wants to believe that they are a real occultist or a magician.  It is a bit like those people who tell you at parties that they are “writers” and when you ask them what they have published it turns out that they have been sitting on their autobiography for 40 years.
Being a real magician is like being a real writer. It is not as easy as claiming you are.   So here is my list of indications that you might not be a real magician

1.    You always wear black, have a pentagram, or an esoteric tattoo which can be seen.
A real magician is someone you would think was an ordinary person.  The Rosicrucians actually swore to wear the standard clothes of people around them.  Dressing up is advertising “hey I am an occultist” for people who do not care.  This can be extended to the idea of appearing all dark and mysterious and writing long tombs on Black Magic usually with a Crowley angle.

2.    Each day you do not do at least half an hour’s PRACTICAL magical work.
Practical work means doing a ritual, shutting your eyes and going somewhere, with full concentration.  Sounds obvious but people call themselves magicians when they only have read a few books.

3.    Your life is the same.
Practical magic results in dramatic changes to you and your environment.  If you are doing it properly you will be completely different from what you were.

4.    You have not lost at least one relationship because of magic. 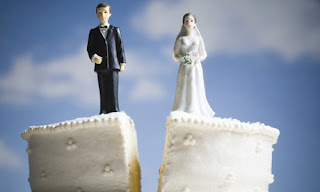 It is hard to have lived a magical life and stayed with the same partner.  If you are attached to a muggle they often do not understand your way of thinking, and if you are not then magical events can become “relationship events”.   Although I didn’t believe it either, it is incredibly likely that a partner will say to you to choose between you and your magical work.  If you chose the partnership you are not a magician.

5.     You own a ton of magical gear which you use in all your rituals.
I am in the GD, so I have shedloads of gear which I have made and bought over the years.  However for some reason in most of my rituals I use my (non-air) dagger which is connected to a spirit who helps.  That is not to say that I will not get out the whole lot for a serious working, but a lot of the work requires the minimum amount of equipment.

6.    You talk about occultism more than you do it
While it is possible to read a few books and know a lot, you can find yourself quoting other authors all the time.  When you are talking about experiences, if you need to quote others then you are playing at it.  Give yourself a test.  Time how much you spend actually doing occultism and how much you talk about it.  If you do an hour a day in your magic circle then you can’t talk about it for more than an hour.

7.     You have lots of hobbies.
While some hobbies work with a magical life, such as art, computing, reading, historical research, but others don’t and you probably will not have time to do them.
But there is more to it than that, there is a social life which goes on with hobbies and you will find that you really have nothing in common with these people.   Hobbies are a way of opening a conversation with someone else.  Once the conversation has moved beyond that you find that they are interested in muggle things and you will be shoved in the corner with nothing to say.

8.     You have an active social life
You don’t. Occultism is a very lonely thing.  As I said above you find that you have very few things to say to muggles.  If your social circle is other occultists then that will become problematic over time.  Occult social circles are hotbeds of intrigue and nastiness dressed up with holier than thou smiles.  Your best friend could decide that they want to take over a group you have set up and take your entire circle away from you.  Another might think that you are evil and start launching black magic attacks on you.  One thing that is weird though is that sometimes if you make a magical change in your life, you suddenly lose the ability to communicate to your old set of friends.

9.     You think that something else is important
Occultism is all consuming.  It provides you with a way of life and method of thinking.  There is no room for making something else more important than it.  Politics is not important; neither are ideals, animal rights, Greenpeace or anything like that.  A magician helps the world but through different methods.  That does not mean that they will not get their hands dirty helping people directly. But the “idea” thing is dealt with a magical level, they do not sell their time to causes.

10.     You do what you are told
There are occult groups which are based less on respecting their teachers and more obeying them.  If a teacher spouts rubbish and people are expected agree with it, even to the point of offering their public support for it without question, then they are not magicians.  Magic is a path of questioning and certainly not obeying without question.

11.    You think that things in magic are literal and physical
If you had any real experience with magic, and being a magician, you would know that nothing in magic is literal, most of it is symbolic and few things relate to physical events.  Magicians have a mystical language similar to storytelling, often with real events and places in the mix.  When a magician tells you they summoned a dragon, chances are they summoned an astral entity…. If you can’t see that you are not a real magician.

12.     You think magic is about what you can get.
While it is true that magic gives you some control over creating your universe, you will always find that you have to give up a lot.  This is the path of sacrifice and it is damn hard. People who tell you that magic made their life easy are lying.   In fact I am sure a large number of real magicians would love to give it all up if they could live their lives like normal people again.  It is just they can’t.  Having tasted the fruit of the tree of knowledge you can’t return to Eden.