Hermetic groups are packed with lots of different types of people, but you start to notice a few stereotypes.  Here is my list, it is not complete and not to be taken seriously. 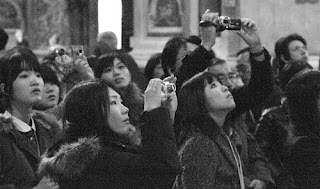 The Tourist
The Tourist joins lots of different groups and never settles with one.  They can be trying their hands at Tantra at one moment and crystals the next.  They never get anywhere and would be better off being muggles.  They have strong opinions about the niceness of the world because they never tend to hang around long enough to see its dark-side.

The Pendant
Do not tend to stay long in esoteric groups because none of them match their exacting standards.  Feel that a group is defined by the punctuation in its course material and will often ask questions that they already know the answer too.  Will get pissy if the answer comes back as something they are not expecting.  Most likely to be thrown out of a group by a frustrated group leader fed up with having to explain why when he provided the complete secrets of the infinity he boldly split an infinitive.

The Intellectual
These are people who believe that the esoteric and spiritual path can be understood on the volume of books and intellectual study.  They often do very well in groups until they prove unable to do any practical works of magic.  They will hold onto their “correct way” because it has always been done like that and quote you chapter and verse to back themselves up.

The Grade Hunter
Often masons, they believe that they will somehow be improved by going through the next initiation.  They will often do the minimum work to get them to the next grade as fast as possible. They always fail because grades are a reflection of reality not the reality itself.  Even the best initiations only open doors which it is up to the student to go through.  If you don’t go through them it does not matter how many grades or sashes you have. 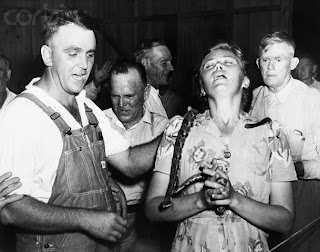 The Fundamentalist
This person looks for assurance in the literal interpretations of magic and the teachings of an Order.  They are critical of anyone who they feel do not met the same literal standards.  Often they are looking at occultism for a replacement for the discredited family religion. They get very cross and let down when their teacher challenges them to think out of the box or point out that a system evolves.

The “born leader”
This person wants to run their own group.  They will join another group in the hope of either taking it over or to get enough members for their own Order who they will stage coup.

They will push for accelerated promotion and will often spend their time undermining the leadership when they think they are out of earshot.   Often they will end up running a group but will lack the ability or training because they have not focused on the necessary self-development work first.  If they do not join another group they will often claim a high grade and hope it is never challenged by their own order.  Unfortunately, like the grade hunter, they will never hang around long enough to get training.

The hewer of wood and drawer of water
These are service oriented people who volunteer their services to build.  They are absolutely brilliant to have from an organisational point of view because they can be relied on to make the group work.  However from a magical point of view this lack of self-confidence makes it difficult for them to progress.

The “eternal student”
These are another useful person to have, up to a point.  These are the people who study and work very hard.  They always have questions and are considered a “model student.”  But the group has to work to make sure that such a student moves out of this phase otherwise they will stay in it. Their normal state is to fear that they will stop learning if they are placed in a position of responsibly.  Normally eternal students end up being shafted by their order or teachers so that they are forced out of this state and have to find their own contacts and apply what they know.  Teachers often find eternal students difficult to deal with because they always remember what they say and quote it back to them.

The Coaster
This person shows up, does the minimum of work, hardly contributes, but end up staying for a long period of time.  They can be relied on in so much that a group needs them for the numbers.
The couple
These are people who always show up together and are usually a husband or wife.   Only one of them is really interested, the other one is coming along to keep an eye on them.  If one leaves the other always does, if one is unreliable, so is the other one.  If the couple breaks up, it is rare that either of them stay.  Belonging to the group appears to be part of both of their lives.

The weirdo
A group usually has a weirdo, who is the outsider’s outsider.  They often bring in some unusual energy and can bring in some odd questions.  However they are usually distant from the group and have their own contacts.  The frequently disappear for long periods of time and never really explain why.  Group members suggest they might have been kidnapped by Aliens or fairies during such periods. 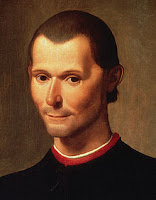 This person joins usually because they like the idea of a group to play with. Once inside they get very interested in the dynamics of the group rather than magic and start to form cliques or play off different elements of the group.  They are generally useless from a magical point of view and better off getting rid of.  However by the time that they are revealed, they are usually embedded.  They often work with the “born leaders” but will abandon them if their star sinks.

The self-appointed teacher
This person is the Paul of Tarsus to any esoteric teacher’s Jesus.  They offer to interpret the teachings, often in front of the teacher, to suit their own leanings.  They are not leaders as such, but like the idea of people listening to their views.  They can be useful, particularly if they have any experience, but they can also have their way of working which is the opposite to way the group, or its teacher works.  They can be incredibly offended if they are not given teaching roles.  Their main problem is that they often do not learn anything new as they are constantly adapting new information to suit what they already know.

The New Ager
These are the people which get into esoteric groups from the more fluffy end of the market.  They are mostly harmless, often cornering people with interesting cures for imaginary illnesses they have.  Eternally positive about everything, they  don’t even mind when people get the giggles when they suggest drinking their own urine.  They last until something deep and hairy hits their unconscious and they suddenly find themselves very busy with beagles to rescue. 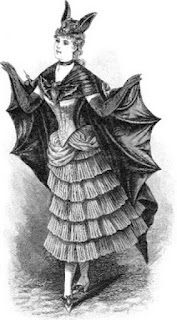 The Witch
All Hermetic groups include several witches, mostly because this is a starting point for many esoteric quests.   On the plus side they believe in magic and take things very seriously.  On the negative side they tend towards the stereotypes of a wiccan circle which are a little different from the hermetic ones.  For example you sometimes the woman who sees herself as a high priestess of the Goddess who is about as tolerant of males as the Taliban are of barbers, or the bloke who acts like he looking for a woman to jam his testicles in a vice. But of course that is not funny.