In this blog I am going to get technical, so sorry about that.  It is my spin on the issue of magic which is being chatted about by several magicians who I respect namely Perigrin Wildoak , Aaron Leitch , Morgan Eckstine  and Don Kraig  who have been debating the issue of material magic and if magicians need to be rich or not.
Perigrin takes the view that magic is for service to humanity only and part of a spiritual path which is supposed to connect us to the One Thing.

“ I am very happy that western learned magic was reframed into a more spiritual direction. It makes sense to me. I am also of the opinion that is was the main driving force behind the founders of the major modern western traditions, the two most influential of course being the Golden Dawn (RR et AC) and the Inner Light of Dion Fortune.”

He is quite right, magic was reframed in the 19th century, but in some cases it went in the wrong direction. Since this goes down the line where my head has been for the last few months, I will hit out with some of my thoughts, safe in the knowledge that few will have read this far, or will go much further.

In the beginning there was magic and magicians.  Their role was somewhat dubious and was considered scary to the great unwashed.  Their role is familiar to people interested in shamanism.  They had to deal with an army of spirits that stopped ordinary people having a life, or at least a very short one.  They also had to travel into whatever concept that society had of the afterlife and bring back knowledge. They could do magic to influence material events and to make sure that they didn’t need to, they were supported by their communities.

This evolved as societies became more complex and the underworld started to be mapped out in more detail.  The Ancient Egyptians had a crack at it and so did the Greeks.   Initially the underworld was seen as being under the ground, but that slowly changed so that there was an upper underworld (in modern times called the astral), populated by aerial demons and gods while a darker batch of gods and monsters, more closely associated with the dead still lived in an abstract Hades underground.  Humanity lived in the centre.  When they died (unless they were a god) their spirits went to live in an underworld.  Hades was one place, the Egyptians headed through various trials in the hope of getting a place on Ra’s boat (which would sail with the sun).
What it is important to remember that the word demon, or hades, or underworld did not mean evil.   Hades was not more of a bad guy than Osiris (who held a similar rule in the Egyptian pantheon).  The Roman Hades Dis Pater was seen as the person you prayed to for material happiness.

What changed was the introduction of Christianity into the mix. Firstly the underworld was equated with Hell, which was the place of the damned, rather than just the dead.  Hades and Dis Pater were replaced with Satan who was supposed to rule all the world, through his various aerial and terrestrial demons.  In essence they created a universe where humanity was between two hells and needed redemption of Christ to escape.  This led to a hatred of the world as being the kingdom of the devil, but it also created a concept of anti-materiality which had been more or less absent from the ancient world-views.  The logic was simple, if the world is “of the devil” then material things must also be evil and controlled by Satan.
In the various flavours of Goetic magic the magician would be calling up demons to get material results.  But this sort of work was frowned upon by the Christian magicians who were trying to sell their idea of “higher magic” among their educated friends.  As Perigrin pointed out a change happened in the Late Victorian period which made magic something you called on only to experience the Celestial realms.  In such a Christian paradigm material magic was not going to get a look in.
All you needed to do for material success is to tune yourself to some celestial spirit, angel or other being and that would bring about change for you.  You would not get cash, but rather the opportunity to earn it, or some similar ethical protestant idea.  But the danger here was that for these Middle Class Victorians money was not an issue.  To pay the fees to be a member of the Golden Dawn you needed a steady income.  Unless you were Samuel Mathers, who was being financed by Annie Horniman, you were independently wealthy or inherited money from your parents.  Indeed lacking wealth was seen as a problem, probably with your karma, or poor breeding.
Nevertheless, this was the model that we adopted, and carried over to the 21st century.  But as magical studies became more commonplace, logical flaws started to come into scenario, particularly as less people became influenced by Christianity. For a while this did not matter as most people who were not influenced by Christianity (such as Crowley) still thought and acted as if they were.  But then people in my generation started asking questions about the magical status quo and it started becoming unstuck. 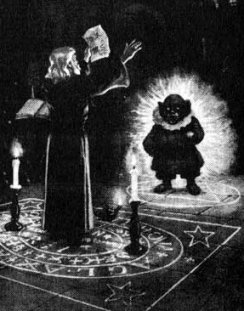 With me it came down to the fact how it was possible to invoke a good angel to blight someone’s life?  Surely something that was purely good would not do that sort of thing.  Then there was the question about service.  I made a decision to dedicate my life to magic.  It was a personal thing, but I meant it and burned a lot of bridges to do it.  You would think that the universe would be happy with that sort of decision and provide some assistance, given that the work was focused on the good of humanity and selfless.  You would be wrong. In fact the universe punished me for such a decision. I went from being comfortably wealthy to wondering if I was going to make the rent.  Did the celestials help out?  Well no. Doing everything by the old book was not working and I had to come up with something different.
I started to look at the darker magic to see what they were trying to do.  OK, I had no interest in summoning Christian demons but I suspected that there was something missing from the comfortable Victorian models that I had been using.
Readers of this blog will be aware that I recently found the works of Jake Stratton-Kent, who I believe has hit on the missing part of the jig-saw.  He started to look at the transition from Greco-Egyptian ideas to the Christian ones and applied it to the early Grimoires.  The result was that they are fragments of this earlier pre-Christian view of the Underworld. 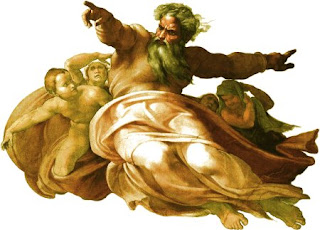 I think that what has happened is that while we might have found the Celestial side of magic in the Victorian period, we have lost the material and chthonic forms of magic.   We need to find a way to incorporate these in a modern system which embraces the material and the underworld.
It is not an “either or” situation.  We do not have to abandon our Celestial magic to look at the material/ chthonic.  Indeed I think it is a much more balanced world view, one which does not see magic as something extra-terrestrial but rooted in our material lives.
As for a question as basic as “is it OK to invoke for material things?” well the answer to that is that in a society which no longer supports its magicians, it is up to the material universe to work for them to provide them with the means to exist.  It is certainly acceptable for them to call upon whatever agency or god to assist them.  There is nothing different from me doing a magical ritual to have enough cash to pay the rent as it is for me to have the personality or skills raise the cash for the rent.  In fact both things might still end up being the same thing.
We have to live in the world, surrounded by our spirits and reach for the heavens.   We do not need to reject one thing in favour of another anymore.