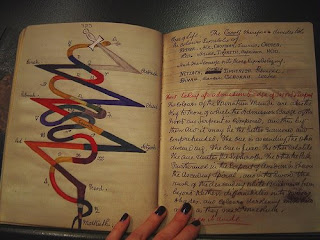 WHEN I first got involved in the GD I thought I would incorporate some of the material I had learnt from the various schools I have been involved with – BOTA and SOL – as well as what the old Whare Ra people had taught me. My goal was to return the GD to its place as a magical order and do things properly again. It is a sign that I am getting older when I realise that some of that drive was absolutely silly.
I received some good advice at the time which was to do nothing for a while and watch. Try to understand everything that IS done before concentrating on things that appeared lacking. Then it would became possible to see what the impact of some of those changes would be from the perspective of the entire system.
Changes have a nasty habit of gaining a life of their own and can sometimes be justified simply because people think it is a good idea.
Recently someone suggested drawing a symbol at a particular part of the ritual. They quoted an impeccable ‘non-traditional’ source as evidence that it should be adopted. My first response was why? Closely followed by “but that is silly”. The symbol suggested, while appearing appropriate would have taken people to the wrong place. I said to the person who suggested it. What is the first thing you think of when I say