Skip to content
Organised religion for me is problematic. I started out at aged ten falling into a born again cult which lasted for nearly seven years. During that period I learnt a lot about the bible and organised religion, but I did not like what I had become. There were loads of people telling me what was truth and telling me that someone called Jesus wanted me to be intolerant. Then when I was 16 was in a deep meditation and I suddenly realised that the problem was that I was looking at the world as if Christianity was actually the ONLY way of seeing things. I knew there was a god but I was not convinced that it could only be seen in one way. If there was a God then it was never really going to appear in an organised way because infinity could not be expressed by an absolute. The same thing applied to all religions, however old, because they were not going to be completely true either. 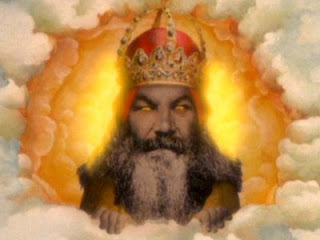 Because I left Christianity on friendly terms, I did not go through the stage of hating it which I think has blighted many who have left it. You have to remember also that I didnt grow up in America or some place where fundamentalism exists as a form of social conditioning. In fact the first thing I did was read a book called Real Magic by Isaac Bonewits* and get a Deck of Tarot cards. I was soon involved in with BOTA. The appeal of that sort of occultism was that although there was a structure it was not absolute. In fact many of the discovers about the divine were to be found within the person rather than in the structure.
When I met the Whare Ra people a good percentage of them were Christians. They were not orthodox ones but they saw magic through Christian beliefs. Others were more like me and were looking for their own understanding of the One Thing.
Within the modern Golden Dawn there was a mixture of different beliefs. There were christians but equally there were a large number of Christians of various flavours. Indeed a belief in some religion helped a lot of them understand where the system was taking them. The only people who suffered where the atheists. If you do not believe in a God and you are called to surrender to something bigger, in my experience people who do not believe in a God tend to place their own ego in its place. This leads to ego inflation and a tendency to start referring to themselves in megalomaniac terms.
Those who are searching for their own beliefs through occultism end up in a different place. I found myself hit by walls of things that I did not believe in rather than I did. I could not find an anthropomorphism intellectually useful yet at the same time I tended to see God as a reflection of humanity. The closest I came to expressing what I believed was in my novel TreeFalls. 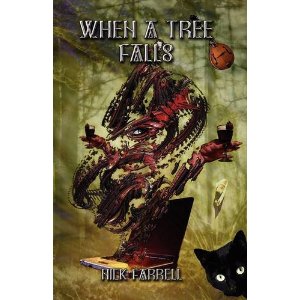 There was a lot of Golden Dawn ideas in that book, something I did not really twig until after I wrote it. God effectively wakes up in darkness and decides to create so that it can understand itself. Humanity are sparks of that God which are interacting with creation and become trapped by the illusion. I called the God “Jeff”, because Nigel would be a silly name for a major deity. It was half joke, half me trying to say something. People do not die for a god called Jeff, nor do they say “Jeff has ordered me to to kill you”. Indeed no one can say that Jeff ordered someone to treat women like second class citizens, or invade another country. Jeff is a fairly laid back God who only calls for people to be stoned if they can get really good stuff.
Jeff is not a god which tells you what to think, he just wants you to think. Your thinking is part of his process of understanding. The biggest sin against Jeff is to go through life not thinking about anything and outsourcing the control of your life to other people.  Of course he would never tell you off for it, or pack you off to hell. He would just assume that there was a part of him that thought Reality TV was important even though he could not understand why.
So on the whole it would be a pretty good “religion.” But one of the reasons I keep silent about Jeff is because there is no point converting anyone. All roads lead to Jeff and the fact you are following a path is also part of Jeff’s understanding of the universe. When you worship Jesus, Allah, the Goddess, or JHVH it is just Jeff with another hat on.
The best way to worship Jeff then is over a glass of wine or beer discussing the nature of the universe. It seems that when two or more of you open alcohol Jeff is among you learning a bit more of the nature of things.
Your higher self then is the spark of you which is Jeff and knows its true nature. It is that which occultism leads you towards.
Anyway it might not be true. It does not matter if it isn’t. But Jeffism encourages others to find their own way to the One Thing. Because it helps an infinite deity understand itself. What ever you do, and what ever you find, helps that process.

* Thanks to Donald Kraig for reminding me that Issac  and Ra Bonewitz were not the same person.