Skip to content
One of the questions we get asked the most about the 2=9 is why is it attributed to the element of Air. After all the Moon regulates the tides and there is all sorts of water symbolism that is associated with Luna. 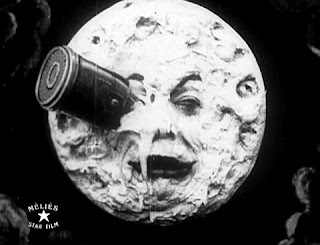 It is a question that might not have occurred to students of the Golden Dawn before the twentieth century . This is because the association of water to the moon is a fairly modern attribution.
Until the wide scale adoption of the notion that the earth and all the planets orbited the Sun and the moon orbited the earth, there was a more hierarchical order to the universe.
Below was the earth and water which we could walk or swim in. The next level between these two elements and the moon was Air. The moon hung in the air and acted as a boundary between the sub luna elements and the more holy fire element which stretched to the throne of god and upon which the planets rested. Everything that was sub-luna was subject to decay while the heavens were seen as eternal. Demonic forces, humans, ghosts were all sub-luna.
The Moon was said to control all these things, earth, water and air but it was very often seen in a negative way. Luna goddesses such as Diana and Hekate always had a bad press but became associated with witchcraft because they dealt with that unconscious underbelly of humanities desires and fears. 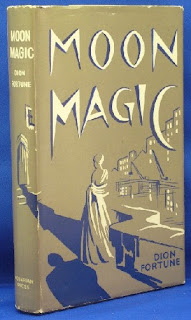 Then, in the 1940s, a former Golden Dawn Magician Dion Fortune wrote a novel called Moon Magic. Although the book never identifies the moon with the element of water there is an lot of water in the settings and associations. The symbolism so impressed the founder of modern witchcraft Gerald Gardner that he assumed that since the moon controlled the tides (which was an important link in Moon Magic) then luna must be attributed to water.
Wicca, and Moon magic has influenced much of modern magic and alas Luna’s total dominance by the element of water has been taken as read. Even if the moon actually controls a lot more.
However there are some good sound cabbalistic reasons why Yesod, and the Moon is Air. There are three pillars on the tree of life. The white Pillar is attributed to fire while the black pillar is water. The middle pillar is attributed to air. Yesod is upon the middle pillar.
One of the famous side effects of a 2=9 initiation is that the person becomes an “air head” and a bit ditzy.  I
Share on Facebook Share
Share on TwitterTweet
Share on Pinterest Share
Share on LinkedIn Share
Share on Digg Share