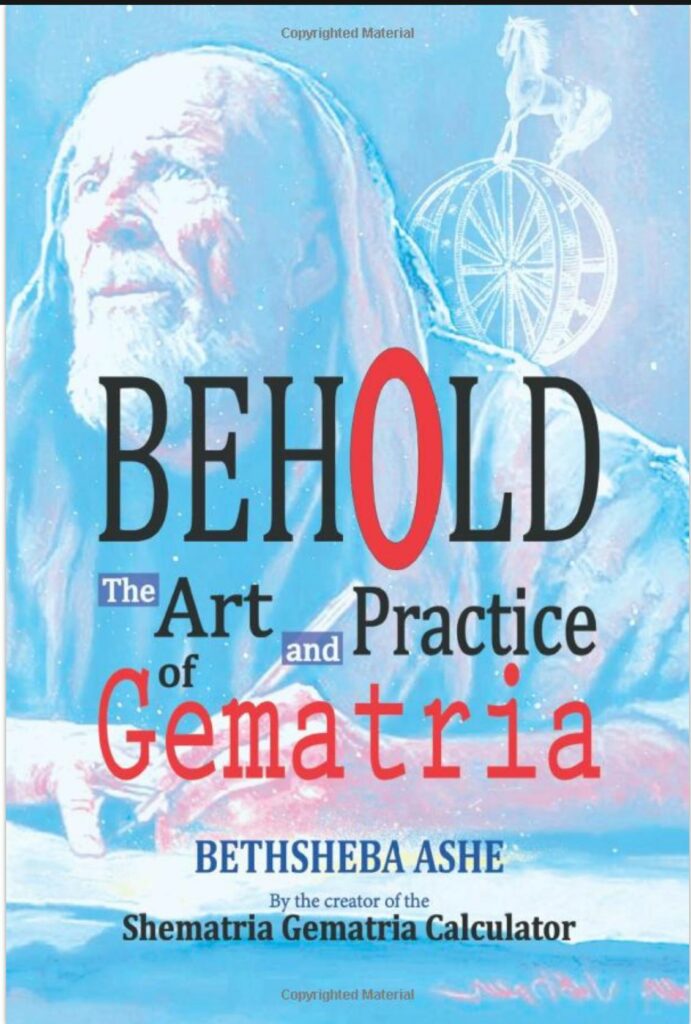 Gematria is a little like Geomancy in that it is a side of the Western Mystery Tradition which has fallen from favour mostly because it requires students to think. If you look at the 19th and Early 20th centuries, magicians were fascinated by number codes and using them to solve spiritual questions. This was possible because, before the development of Arabic numerals, letters like Greek and Hebrew meant numbers and were used instead. To the Hebrews, who saw the letters of their alphabet as sacred and created by God, it meant that texts could be interpreted through the meanings of their numbers.

Of course, this led to huge abuse and murders of the text to get meanings that were suitable for the reader and if, like me, you had a maths teacher who was so evil that she put you off numbers for life it made Gematria a closed book.

In Behold: The Art and Practice of Gematria, Bethsheba Ashe presents a clear case for the use of Gematria and looks at its use throughout the ages. Ashe has a unique mathematical mind and approaches the subject in a way that demands attention. Like I did with Geomancy, she realised that the use of electronic tools covers many of the shortfalls which have kept Gematria locked in as an occult curiosity. For example, this is the first book I have seen which have given you clear details on how to convert your keyboard to magical languages which are suitable for Gematria.

This mindset is hugely important. Even with the arrival of the internet finding a word’s number involved lots of searching and adding up before you get to thinking of the spiritual aspects of numbers.

Ashe takes you through some obscure cabbalistic texts which should be familiar to those who follow the Golden Dawn tradition but are often overlooked and rarely studied such as the Tree of Life in Seven Palaces. For her explanations of these diagrams alone, this book is a must-have for those involved in the GD tradition.

She does not appear to pull back from slaughtering some sacred cows. On the occult scene Builder’s of the Adytum’s Paul Foster Case is seen as the ultimate word on Geomatria and while people are free to criticise him for his addiction to the Kybalion, New Thought and sloppy ritual, everyone believed that his Kabbalah and Gematria was spot-on. Ashe, however, found basic flaws in his adding up and approach which I personally find refreshing.

There are plenty of examples in the text to help the reader understand the process to unlocking the hidden meanings behind cabbalistic and occult texts.

Ashe uses Crowley and also gets into the mechanics of his thinking, which again makes this book vital for those in the OTO and AA who need to take their understanding of the Book of the Law to a deeper level.

Basically, there is a lot in this book that makes it really important for the 21st Century magicians even non-kabbalists like me can use it to see the patterns through numbers and sacred texts. Her rules also apply to any pagan gematria systems out there (say for example based on Ancient Greek to unlock the secret meanings of Homer).

This is a full-colour book 300 page hardback that should be on every 21st Century magician’s shelf.  You can find it here.