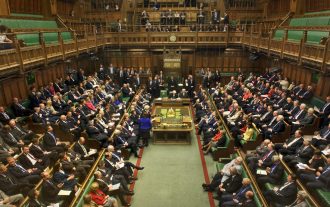 I was reading a paper by Alessandro Roccati, of the University of Turin in which he suggested that demons were a reflection of the lower classes in society. He noted that while demons tend to get talked about using street language, gods tended to get addressed in the formal language of the higher classes (in this case he was talking about Egyptian). Throughout human history, the structure of the divine hierarchy has reflected the political systems of human society. This evolution exists in magical texts with the move to feudalism having a direct impact on the structure of the status of demons and angels. An Angel or demon might be a Duke of heaven or hell. So, I started thinking – why

I wrote this essay years ago for the Horus Hathor Temple of the Hermetic Order of the Golden Dawn  but I think it still stands - at least on a basic level.  People often forget that there is an inner aspect to ritual. Many people think if you do the GD ritual as if it were a perfectly performed play it is enough to archive spectacular magical effects.  Such people advocate turning the GD into a sort of Masonic order.  But with respect to those who do attempt to do Masonic rituals in an esoteric way, the GD is a MAGICAL order were the mere performance of a rite will simply produce a minor effect where there is an overt dependence