Skip to content
King over the Water had been getting good reviews from a  large number of people who I did not know and I was feeling pretty pleased. I also had the nod from some of the more serious scholars in the occult community that it was a very good history.  Then over night three “one star”reviews appeared on Amazon. The people who made the posts were known associates from David Griffin’s AO. This was a bit of a surprise to me as one of them included his wife who he claimed had nothing to do with the AO or the Golden Dawn.  It was also strange because David and his group had been surprisingly friendly lately and I hoped that his days of bogus legal threats and online defamation where over. 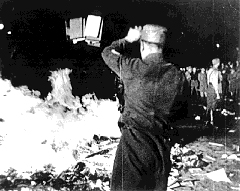 Anyway tt was clear that neither David’s wife nor one person had read the book and another one had not got passed the introduction.  The latter made a startling impassioned claim that David was the “real deal” nor is he running a personality cult. I guess a personality cult follower would order his followers to attack people online where as a spritual follower of Maat would rely on the universe to do it for him.
Now any of you who might have read King over the Water might be aware, I do not mention David Griffin and his Order anywhere in the book. That is because my book is a history of Mathers and the Golden Dawn and is not interested in modern reconstructions of it. The cult of personality thing hardly applies to David but it does apply to another group that at one time claimed to be the only descendant of the AO which he knows very well about (it is fairly obvious if you read the context).
Anyway David posted in one of his Order news letters the following order: 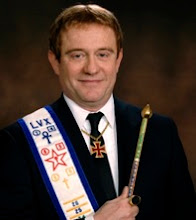 Most of you are already aware that for nearly two decades now, our order has been under nearly constant attack. We have been sued in court in an unsuccessful attempt to prevent us from continuing to even call ourselves Golden Dawn. We have been attacked with defamation on a host of websites, fora, and blogs belonging to leaders of other Golden Dawn orders nearly non-stop for 20 years.

I am sad to report that the defamation attacks have now spread to published books as well. Two years ago, at the same time that he founded a Golden Dawn order he calls the Magical Order of Aurora Aurorae, Nick Farrell published the hitherto secret Alpha et Omega initiation rituals.

The egregore of a magical order is like the roots of the plant. In the same manner that a plant depends on having its roots safely buried in the darkness where they can draw sustenance from the Earth, a Hermetic order depends on the secrecy of its practices and its rites of initiation.

Therefore, in response to Farrell’s attack, to protect the Hermetic Order of the Golden Dawn and the Rosicrucian Order of Alpha et Omega, the Secret Chiefs of the Third Order gave the Alpha et Omega new magick and mysteries for our Second Order to replace the material that Farrell published in attempting to destroy our order. They also assisted me to revise all of our initiation rituals so that they would be safe from Farrell’s evil as well. Of course, Nick Farrell denies that there was any attack on the Fratres et Sorores of the Alpha et Omega and pretends that he was only doing a “service to the Golden Dawn community” in publishing the A.O. rituals.

Nick Farrell, with the release of his latest book, however, can no longer hide behind this flimsy excuse for attacking every single member of our order. In the introduction to this new book, Nick Farrell writes:

With this open attack on the reputaton of each and every one of the good brothers and sisters of our order, the thousands of initiates of the Hermetic Order of the Golden Dawn and of the Rosicrucian Order of Alpha et Omega, Nick Farrell has slipped up and exposed his covert attempts to destroy our order for what they are.

Let there be no doubt about it.

The above is defamation pure and simple. The Rosicrucian Order Alpha et Omega is certainly not a personality cult. In fact, I go out of my way to keep my personality out out of the forefront of our order’s teachings. In fact, I rarely even teach in our classroom to avoid this problem. Moreover, our Second Order is a true Rosicrucian College of the Adepti. Finally, none of you have ever heard me, even once, putting my own personality ahead of the teachings of our order.

In the A.O., it is the spiritual development of our members that is placed in the forefront, not the personality of any one person. For Nick Farrell to claim otherwise in a published book is an offense against every single brother and sister of the Alpha et Omega.

For Nick Farrell to falsely suggest in a printed book that our order is a political or religious cult is beyond offensive.

These flame war attacks against our order have gone on more than long enough. Nick Farrell owes a personal and public apology in book form to every single member of the Hermetic Order of the Golden Dawn and of the Rosicrucian Order of Alpha et Omega.

I have been fighting relentlessly for nearly 20 years to defend the reputation of our order. There is, however, only so much that I can do alone. The time has come for all of the good brothers and sisters of the Alpha et Omega to step up to the plate and to assist me to defend the reputation of our order as well as the reputation of each and every one of you. The time has come break your silence and speak out with our entire host of loud voices against this travesty of injustice that is being perpetrated by Nick Farrell against every single member of this order.

For nearly two decades I have born nearly the entire responsibility for the defense of the reputation of our order on my shoulders alone. In 20 years, I have never even once previously issued a general appeal for assistance to defend our order’s reputation of the members of our order.

This time, however, Nick Farrell has gone too far. Let us remember that a rose also has thorns, and that thorns also are quite necessary to protect the roots of the rose, without which there would be no beauty or perfume.

I urge you, therefore, to take the following three concrete actions:

1. First of all, I urge you to boycott purchasing any or Nick Farrell’s books until he withdraws his attacks on our order from publication.

2. More importantly, I urge you to go Amazon.Com. Look up Nick Farrell’s “King Over the Water” and “Mathers Last Secret” and give each of these books attacking our order an extremely negative review, exposing Nick Farrell’s flame war against our order and demanding that Farrell pull his defamatory statements out of print and end his attacks on the Rosicrucian Order of Alpha et Omega and the Hermetic Order of the Golden Dawn once and for all.

3. I further urge you also to go to each of Farrell’s other books and post reviews demanding that Farrell pull King Over the Water out of print and that he publicly apologize for his defamatory statements to each and every member of the Hermetic Order of the Golden Dawn and the Rosicrucian Order of Alpha et Omega.

In this way, we will not only make our voices heard in the true strength of our numbers. We will also punish Nick Farrell for his attacks in the place he loves most – his wallett.

After all, it is money that lies at the root of Nick Farrell’s attacks on all of the good brothers and sisters of the Rosicrucian Order of Alpha et Omega and of the Hermetic Order of the Golden Dawn.

You might wonder why the chief of an order who claims to be constantly the victim of a flame war might be ordering his members to attack me for publishing a book which records a history  stops in the 1940s with the death of the AO. Is there something in that history which shows that David’s own history is made up?
You might wonder what it is about the truth in this book which has got David Griffin and his order so riled up. When you find out what it is can you tell me?
Now I should remind readers that David Griffin has on this blog threatened to take all my books, scan them and distribute them. You have to ask yourself, is this the sort of person who is showing any degree of spiritual maturity? Is this someone who would be picked by spiritual forces to lead other people to the light? The short answer is that I do not know, but I do think that if I was a member of his order I would be questioning why I was a member of group that attacks another person for writing a book he does not agree with.
No chief that asks their members to act as their personal brown shirts to take down information which should be in the hands of the wider Golden Dawn community can be take seriously.
This is not the Golden Dawn tradition nor is this magic.
Share on Facebook Share
Share on TwitterTweet
Share on Pinterest Share
Share on LinkedIn Share
Share on Digg Share