Skip to content
Hermetic Virtues was five years old this issue and I have been writing for it since issue one.  The magazine was aimed at a support for Chic Cicero but fast became a rallying point for the Golden Dawn community.  Like the recent congratulations card (which now has about a thousand signatures from all over the Golden Dawn community) HV is proof of how unified the Golden Dawn community is and how it works together to bring knowledge to those who follow the GD tradition.  HV’s mailing list is now about 900 Golden Dawn members.
It is worthwhile noting that every significant Golden Dawn writerand a few up coming star  has put in an article in HV. There will be a few more names being added in the future and there are some exciting ideas planned.  Here is an “off the top of my head”  list of the sorts of authors who have contributed: 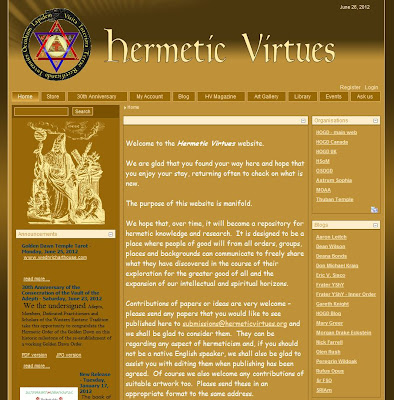