Skip to content
Since the Second World War, thanks to the efforts of Dion Fortune and her followers, magic has moved from doing things on the material level (while hopefully looking above) to working on the Inner Levels. This has been more noticeable in the UK, where Fortune’s off-shoots have ruled the roost. As Marian Green once said “we are making beautiful temples and then going into them and shutting our eyes”. 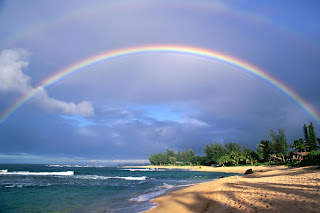 Having trained in the Dion Fortune tradition, I can see its advantages and flaws. On the plus side it encourages the development inner vision to see what is really going on. However it lacks a lot of the personal development work which is required from, say, the Outer Order of the Golden Dawn. While it is true that these Inner Landscapes do encourage the knowledge of one’s self, in practice this does not happen. People are too often taught that what they are seeing is “real” when a lot of the time it is subjective.
True, inner work ultimately leads to an objective reality, but within such groups the subjective reality often takes people on flights of sub-luna fantasy which is never checked. Visions which should be treated for psychological examination by the person, to discover more about themselves, end up as fantasy stories becoming touted as scientific or historical fact. Inner Plane contacts become psychological mothers and fathers demand an “unreserved dedication” to convert their students to nothing more than slaves in return for emotional support.
The Golden Dawn tradition has the opposite problem. It’s flaw is that people too often see the material reality as all there is. They see the roles of the officers, the grades etc as important. It becomes a matter of doing the ritual and the tests rather than any inner development. Where Inner work is required, such as the use of the Z documents, it is glossed over, ignored, or performed so literally that it is largely pointless. Inner Plane contacts, Secret Chiefs, if accepted at all, become so twisted so that they become mortal and only talk to the head of an order to boost his manna.
An ideal system exists by merging both and finding a balance between the two ways. In the Golden Dawn this means training people to see the outer and Inner linked. However as the system is created this requires some adaptation. Although what is called pathworking is known within Golden Dawn groups, it is considered Second Order stuff which is not seen for nearly four or five years. It requires some of the training which the Dion Fortune system would be familiar with. While many would see this as oath-breaking, it is no more dramatic than allowing outer order students to do the middle pillar. The bonus is that they will see what is happening in a ritual, and be allowed to take part in the magic on the yetziratic level, which will make the whole thing more interesting for them.
For the Inner Light tradition, there needs to be better written and clearly defined patterns of ritual. People need to open their eyes and “see” inner realities mapped onto physical space. This will reduce the problems of disconnection from reality, which that tradition has suffered from.
Both traditions need to learn from each other.
Share on Facebook Share
Share on TwitterTweet
Share on Pinterest Share
Share on LinkedIn Share
Share on Digg Share