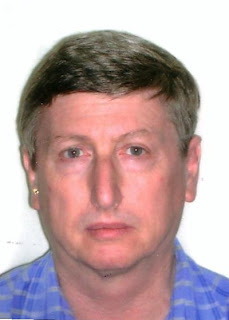 A couple of years ago I wrote this and it disappeared into cyber space. Anyway I get a few more hits on this blog these days so I thought it might be of interest.

With his latest book ‘The Inner Order Teachings of the Golden Dawn’, now in the shops, the Golden Dawn Doyen Pat Zalewski talks to me about working in one of the oldest systems of Hermetic Magic in the World.

In the 1960’s Pat Zalewski had his first brush with spirituality. After working as a boatman for an American company on the Meikong River. Though based in Thailand, he did regualr trips across to Laos and occasionaly to Cambodia. He was wounded twice in Laos and after six months found himself suffering from post traumatic stress syndrome in search of some sort of peace in India.

There were many things that Pat had tried to deal with his experiences. Martial Arts, Tai Chi had supplied him with a discipline and a sense of how energy moved, but he was still a mess.

“When I got to India, Tantra was like sipping a cool glass of water on a hot day. ” he said.

He studied Tantric master Vivandatta for six months then enrolled in a four day block course in Yogic breathing at the University of Calcutta, which helped shape his view on energy dynamics.

At the time Pat says he got a lot out of his time under Vivandatta, but with a catholic upbringing he found his experiences in tantra limiting. He knew he had to accept a Hindu theology and he was not ready to do so.

“The Hindu Gods tend to get in the way a bit and do not offer much in return,” he says.

He returned to Australia in 1969 and became black belt in Karate under Hireo Tanaka, a former stduent of karate master Gichin Funakoshi. He decided move to New Zealand on a whim and stayed there for 30 years, serttling in Wellington. It was > there that the spiritual quest continued, this time in the Western Mystery Tradition.

He was drawen to the Golden Dawn through reading Dion Fortune, and Ithell Colquhoun and Regardie. When he read Regardie’s Llewellyn Publications tome it was like being greated by an old friend. . To Pat there was little difference between the East and the West. Both used energy, but the Golden Dawn was ambiguously Christian and didn’t require much of a theological jump.

Colquhoun mentioned a branch of the Order which operated in Hawke’s Bay in New Zealand and Chris, who grew up there, rang up a few friends to see if she could track it down.

The temple, called Whare Ra had declared itself dead a few years before. The temple had been closed and sold. Older members of the temple were keen to keep their veils of secrecy. When Pat and Chris tracked down the former head of the Order, John Von Dadelson he told them he was not interested in talking. However somehow they managed to find some Whare Ra people who were.

The most important of these was Jack Taylor. Jack had left Whare Ra in the 1960s over a row about the Order’s future direction.

Pat says that like many magical orders close to death, Whare Ra had promoted leaders who were shadows of their predecessors. It was crippled by the secrecy that had protected it for so long. While it had meant that many of the members could be high profile community leaders, in the late 20^th century it meant that it could not take advantage of the boom in interest in esoteric thought.

“Those leaders had made it into tight group which could not grow,” says Pat. “Some members were more interested in Christian mysticism than magic and much of the teaching material was censored or moved up to higher grades where only the leadership would see them.”

Taylor on the other hand had studied under Mrs Felkin, one of the founders of the Order, and was much more interested in practical magic.

Although Taylor was not sure if there was any shelf life left in the Golden Dawn, he showed Pat and Chris a version of the Golden Dawn which could not be found in the Israel Regardie books.

Talking to Pat, this Golden Dawn was about energy and the way God forms work and interact. There is no scope for those who think they can grab the rituals from a book shelf and get the same effect. Nor does it suit those armchair magicians who love to pontificate on intellectual niceties without picking up a wand.

But Taylor’s approach does not favour those who think they can skip the theory in favour of the ‘intuitive approach’ either.

” Theory for me in very important. I go 50 percent practical and 50 percent theory,” said Pat. “You can do ritual without knowing all the theory but that is up to the individual. You can’t teach this quality as it is in you to start with, but when you tecah others you must give theory to those who cannot do the practical.”

At the same time the Golden Dawn was a living system. This flies in the face of what a number of people say about the Golden Dawn, namely that its language is out of date and its rituals too clunky for the modern era.

Pat says that such critics should look a lot harder and blame the way they have been taught about the Golden Dawn.

“The fault is then in the teacher in not explaining in plain language what is happening… the real depth of the GD has not yet been reached,” he says.

After several years of training, Taylor gave Pat the highest grade he could, a 7=4, and chartered them to build a temple in Wellington. Thoth Hermes ran for a number of years and managed to get three of its members into the 7=4 grade before it closed.

Pat started to write down his experiences, mostly to make sure that the teaching that Taylor had given him was not lost. This lead to a string of books and lead him to become a well known GD pundit.

In the early 1980’s, Pat wrote to Israel Regardie about a collection of documents called the ‘Processes’ that Felkin had taken from Rudolph Steiner. These documents were not well known in Whare Ra nor was their influence and direction. This resulted in them corresponding for a year with Regardie, who visited Pat in Wellington in August 1983.

However Pat said that there were differences in the way that Regardie saw the Golden Dawn and what Taylor had taught him.

The Modern Golden Dawn groups base a lot of their views on how Israel
Regardie saw the system, what are the flaws in this approach?

“Francis was great friend of mine, but at one point he wanted to strip the GD down to a planetary system, have sheets of coloured plastic over the vault walls and also was to ignore the elemental grades (just using watch tower rituals) because he thought them worthless, ” Pat says. Francis had a tremendous intellect but he also was one eyed at the best of times on certain issues- as we all are, he added.

Many of the people who follow Regardie’s work never met the man nor knew what he stood for or his personal views on magic.

“They often state a position he took in the 1930’s or when he published the Falcon press edition. I can tell you after he visited us his views changed on the GD in many areas. But the Falcon Press edition was already in final print at that stage or close to it,” Pat said.

Many people believe that everything that can be written about the Golden Dawn has been already published. That which has not, the inner order material, should not see the light of day because it can become too complex for uninitiated.
“I have given both the unpublished Mathers papers of the THAM and a great deal of my interpretation.” Revealing this material is why Pat’s latest book ‘The Inner Order Teachings of the Golden Dawn’ is likely to stir a fair bit of controversy.

He said he started writing the book nearly 16 years ago turning some scattered notes on temple diagrams in a more systematic structure.

Another ‘modern’ Golden Dawn student, Tony Fuller managed to find some of the THAM papers written by Mathers and he had a chance to compare them with what he had done himself. Mary Greer also helped by supplying the table of Shewbread paper.

When Pat put all this together it gave a very clear indication of what Mather’s was trying to achieve with his Inner Order, but it was clear that people needed to do more work to bring this to life.

He felt that by publishing the material he would stimulate others follow suit and make the 5=6 grade the 5 level structure it was designed to be and not just the single level ZAM aspect that was published by Regardie.

The material includes unpublished material on the Hermetic cross, Table of Shewbread, Seven Branched candlestick, the GD trumps and a deeper alchemical understanding of their nature. There is also a Mathers explanation of the 1=10 grade.

“There is a hell of lot there that is new. Also I have included my own diagram explanations as well from various sub grades,” Pat said.

But this does mean a re-think of the way many think Golden Dawn saw its high grades. Rather than being impossible as BOTA and some other GD off-shoots have tried to claim, or purely administrative, Pat sees them is a continuation and deepening of the training system.

Pat thinks that some of the resistance against some of the higher Golden Dawn grades was that many of the founders of such groups never reached that state, nor got any of the papers.

“In BOTA Paul Foster Case got up to ZAM and not above it in the AO. So In BOTA that is the top level. Case never had the full 5=6 papers anyway. So the BOTA stigma came form that. If Case never got beyond 5=6 then no one else would do so. If you read his book True and Invisible Rosicrucian Order then you will find that what he writes about the mastery of these levels. However the dogma of BOTA tends to ignore this fact.” Pat says.

He said that many of them believe that because they have a 8=3 grade they are supposed to be Masters of the Universe who chat to angels. He sees the higher grades as all being in Assiah and the teachings as providing more definition to the elemental rituals and of course more deeper personal studies.