The Ancient Greeks had a concept called Hubris ὕβρις, which meant “dangerous over-confidence” or “arrogance” and Hesiod applied it to mean those who thought themselves equal to the  Gods. Myths were full of what happened when such claims were made. For example, Arachne, a talented weaver, was transformed into a spider when it was claimed she was better than the goddess Athena. Icarus flew too close to the sun.

This attack against the divine order was because the Fates (Μοῖραι) had assigned each human with a particular area of freedom which even the gods could not breach. Hubris was a breaching of those limits, directly interfering in the rights of others to satisfy yourself.

Since nearly everything had a god or goddess connected to it, the Goddess Hubris effectively created “insolent encroachment upon the rights of others” Aeschylus said she was the child of the Goddess was Dyssebia (Impiety).

Hubris was essential to the Ancient Greeks, and it seems that humans and humanity seem always punished for hubris even when they are seemingly innocent. For example, Arachne never claimed to be a better weaver than Athena. It was just her fanboys who made that claim for her and made her into a divine rival.

We are in a similar position with Science. Science itself is innocent. Much of what humanity has achieved is due to Science, and the scientific method made humanity great. Yet it has become impenetrable and inaccessible to most people. Humans tend to make things that they do not understand into Gods and Science is no exception. Yet, at some point, humanity decided that Science is a God which must be obeyed at whatever cost. They make scientists by nature of their work is perfect and infallible. Facebook mems tout mantras which say, “if you are not a scientist, you may not question science.” This was similar to claims made about the Christian church where only priests were “qualified” to interpret the Bible because the great unwashed were too stupid.

Scientists are aware of the limits that the scientific method places on them. Modern Science cannot be a religion any more than a microscope can make you very small. Its job is to study the mechanical laws of the universe. It is not a god, nor are scientists its High Priests or Perfecti. But the status they have been given by humanity is almost certainly the precursor to the retribution of mythic proportions.

In 1984, the head of the National Institute of Allergy and Infectious Diseases wrote in a medical journal that AIDS could be transmitted through sexual contact and sharing needles and through “ordinary close contact” with the infected.

His theory was based on the discovery of an infant diagnosed with AIDS. Unfortunately, the doctor was wrong as the AIDs passed through an infected mother’s womb.

However, the doctor then directed his team of scientists at the National Institutes of Health (NIH), who wasted years developing a vaccine for AIDS rather than coming up with treatments. As the vaccine programme ground to a halt,  the doctor then backed another Burroughs Wellcome who claimed its failed cancer drug AZT could be used to treat AIDS.

In 1989, AZT was fast-tracked through FDA approvals and advertised as the first breakthrough on AIDS with limited testing. All government drug trials, from then on, focused on AZT — more than 100 other promising drugs were abandoned.

In 1989, our doctor started promoting the drug not only for critically ill AIDS patients but for anyone who tested positive for HIV, including those who were asymptomatic and showed no sign of the disease.

Despite limited data our Doctor ignored evidence that the drug was toxic, caused liver damage, and destroyed white blood cells. Instead, he insisted it was used for years.

None of his views were based on Science. Instead, it was based on hubris and the assumption that, despite all evidence, the doctor was right and only one cure was needed. Hubris probably cost a lot of people’s lives and has taken years to recover from. 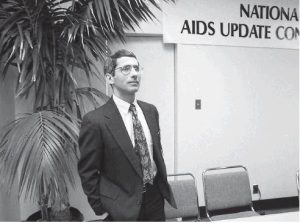 The doctor in question was Dr Anthony Fauci. Who seems to have repeated the same plan with Covid. Conspiracy theorists have claimed that Fauci is making a fortune from drugs companies by repeating the same patterns he did with AIDs. Still, the reality is it is more likely to be the same hubris conducted on a bigger scale. A scale that appeared even more authoritative because stupid people were running the White House. No one believed Donald Trump when he said Covid was nothing to worry about, what they wanted to believe were Science and vaccines. Fauci looked like the priest of rational Science, which scared people needed.

So, where do Gods and magic come into this?

When I can get around to writing it, my next book is about stories and their magical use and importance. My theory is that each person follows archetypal storylines which can be activated in their lives and magic. It does not just apply to individuals, it can apply to the whole of humanity and explains much of the concept of divine punishment.

The hubris myth is a big one depending on arrogance and insult to the Gods. Briefly, the person who insults the Gods loses everything and normally dies, but this scale would be much bigger if applied to humanity. If humanity follows a religion too much in its own image it will ultimately cause its downfall.

One of the things I learned from the Corona pandemic was that magic did not always work and that there were times where a mortal had no control over their environment no matter what they did. There are moments magic is powerless to change whatever fate the Gods had flung at them. Sure, you had to do magic to fix things because that was your role, but ultimately there were things out there much bigger than you.

At the same time, humanity has been making statements of faith that “s cience” is always right. Therefore, we must have “faith” in vaccines. Further, they encourage the persecution of those who do not follow their religion and government mandates to restrict those who do not follow the true religion are correct. Yet these are no different from the religious nutjobs who blamed Jews for the Black Death.

This is hubris, and this story can only go one way. While science itself is innocent, it will be the ultimate causality of the religion built around it. AIDS and the reactions to it should have been a warning. When humanity faces an illness, do not place your faith in any one treatment, solution scientist (or conspiracy site). My gut instinct is that vaccines will not prove the panacea touted, and the shortcuts based on scientific hubris and those who follow it could have much more profound long term consequences to humanity.

I am not saying that you should be trusting gods or religion instead. Religion has consistently suffered from hubris and always failed to deliver the goods. The Romans and Greeks used to take down a statue of a poorly performing daemon who failed them and buries as a warning to Gods who arrogantly expected respect and worship while doing nothing to earn it.

I am saying that when encountering something bigger than you, you do not place your faith in something that depends on humans or daemons who are in the same boat as you are. The person, religion, or government system which says “follow me” in a long-term crisis will inevitably let you down. The fact that you are frightened of something is a sign that no one mortal has all the answers. All will be shown to be incredibly mortal.

Instead, it is better to do magic to improve the situation. It might be an impossible task, but spiritual forces can use that magical intention to manifest what Earth really needs. Of course, they may not because it is part of a bigger picture that you cannot see yet, but you owe it to humanity to try.  But to do that you have to understand what you believe in and if that belief is justified. Is the source of that belief acting genuinely, or out of hubris, and decide if you want to be part of the story of their downfall.