First posted as a blog in October 23, 2005.  It has historical value, but given that it was written so long ago it is interesting see how little has changed.  It does show that in the last few years the more established aspects of the Golden Dawn Community  have become much more vocal and coordinated so that the idiots described here are less able to get away with talking for he whole community.    At the time it was a period of one or two people declaring war on other groups and then trying to arrange peace groups.  It worked about as effectively as the Munich Agreement only in this case the allies never showed up.   During this period I was not actually in charge of anything, but was interested in those who got to the top of modern occult orders without much in the way of training, or common sense.  What was interesting about such times is that they insisted on being seen as the “leader” of all other groups.  That has changed somewhat, although you do find people trying to tell the world that their Order is the only way. Yet if you scratch the surface you find a young insecure leader trying to repackage Regardie as true Golden Dawn teaching. 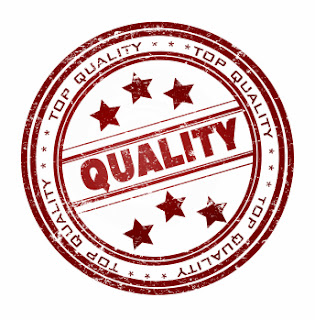 The new Golden Dawn renaissance has created a new breed of esoteric leader. One who has not got to the top by any inherent skills, magical or otherwise, but because they happened to be the organisers when their fledging groups were formed.

However in doing so we are suddenly forced to acknowledge ‘leaders’ whose skills are comparatively small and whose work has been well below the standards that some set for their groups.  What is strange is that those who actually get on with each other and work as part of a Golden Dawn community, sharing information, are expected to accept those who cause all the trouble as our leaders.  It is a bit like a country starting a war, finding itself out numbered and then saying “We encourage peace, but only if you acknowledge that we are the leader and agree to our terms.”

Instead of working on the principle that they know nothing and are really muddling through, they are setting themselves up as grand pooh bahs and masters of magic. When other group leaders fail to acknowledge their supreme power and ability, they spit tacks. The current legal situation between the HOGD is a case in point and there are others.

When I was first involved in occultism, esoteric orders seemed a very big and important thing. The teachers in Whare Ra or BOTA had got to the top of their orders after years of experience. They may have been autocrats but for the most part they were informed autocrats, who had been around the block. 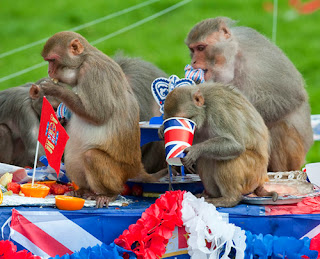 When the rest of the surrounding nations say “we are doing alright thanks” and “you started the war in the first place” and “we really don’t want to acknowledge you as our leader thanks” they are accused of not wanting peace.

It takes five years for someone in my group to get to 5=6 and there is a lot of work personality and intellectual that needs to be accomplished first. Why should anyone in my group be talking to some kid who has declared himself at 7=4 Heirophant after reading a copy of Israel Regardie’s Golden Dawn and will use any information to strengthen his autocratic hold on his small group. By recognising such types as equals, aren’t we devaluing our own work?

What happens if the people who are doing the work and quietly getting on with it ignore these types? Yes we will be branded as elitist and arrogant, but we will not be tarred with any brushes that tend to sail the way of these people.

But what of protecting the GD current? The GD current has been around for a long time. It does not need protecting. It is a secret society. If someone doesn’t like what you do, you don’t have to tell them that you are doing it. If they find out, do what every other occult organisation has done and dissolve and reform under another name.

If we are serious about occultism, we cannot treat such idiots seriously.

I wonder what the likes of the Felkins, Mathers, Westcott, Taylors and Salts would have made of the modern GD. In some ways we do things better, but in other ways we have failed.

But what of promoting peace? Currently the so called war is carried out by a small group of idiots following other idiots. Sitting around a table with such morons will do no more to enhance GD peace than sitting around a monkey’s tea party will help develop the human condition. Indeed by recognising such types in any form only gives the impression that they are as important as they think they are.
The problem is that too many people see the GD as a game of Lets be Pooh Bahs. They make a lot of noise and cause problems for those who just quietly getting on with the work. They make it political to cover up the fact that they really are not interested in work. If criticised, they will accuse the accuser of bringing discord amongst a ‘Golden Dawn Community’ of which, coincidentally they are self appointed leaders.