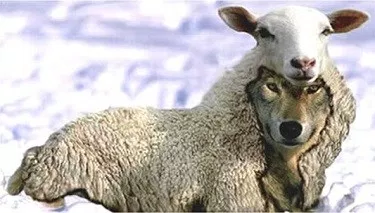 One of the central issues about contacting spirits, either ritually, channeling, scrying or through inner plane chats is a fear that they might be lying. Much time has been wasted by magicians listening to what they believe is their “contact” or “an angel,” getting duff information and acting on it.

Iamblichus mentions spirits who seek to trick the magician into following them by pretending to be much more important than they are.

Much of the problem is based on a lack of knowledge of how spirits work. The assumption often is that the gods and spirits are “like mighty humans” and approached in the same way. However, Gods and spirits are not humans — they are spiritual forces which have a consciousness which is vastly different from our own.  We give them masks which enable us to contact them, and these are called Daemons (which means messengers). Rarely, a spirit wanting to communicate will rummage around a human’s consciousness and select a mask which they feel is closest to their nature and speak through it. But whatever we see in an invocation is our creation which hopefully after our invocations, purifications and consecrations are ensouled by the Real Thing. I am not saying that the spirit of Father Tiresias you invoked was a psychological complex – although in many cases it is. I am saying is that you have built a psychological vehicle for the real Tiresias to inhabit. Your communication’s success depends on how much material is Tiresias and how much is you.

We fool ourselves with our “wish fulfillment,” wrong thinking and desires, and our invocations can mirror these things for us.

The Golden Dawn had an elaborate system of “testing spirits” by insisting that they return grade signs before speaking to them. It sounds illogical if you hate masonic things like funny handshakes – surely any spirit would have a copy of Regardie and know the Golden Dawn grade signs? But the point of it is that the grade signs are hardwired into your psyche by the initiation ceremony.  You are programmed to believe that someone who does not know those grade signs does not have access to the information. The mask you build for your Daemon is likewise programmed to exclude anything at that level. However, this technique ONLY works for those physically initiated into the Golden Dawn or a similar Order.

It takes about ten minutes of interaction to tell if the contact is a good one. It takes that time to forge the communication connection. This is particularly true of channelling. The first ten minutes is the equivalent of “testing, testing, 1,2,3” as the mind hooks onto the God or spirit. It is during this period that the spirit is examining the mask you have created for it and your knowledge to provide it with the symbolic language for communication. If you ever wondered why spirits in magicians’ diaries never warned them that the sun did not go around the earth, this is because they had no symbol set to communicate that information to a medieval mindset.  As a thought experiment pretend you are an Angel trying to explain electronics to John Dee using only symbols that he knows, and you will start to understand the nature of the problem. This is not to say you cannot get new information, you must, but you need to be aware of this problem when you analyse your communications.