I read a particularly interesting Kindle book over the weekend called the Seal of the Secrets of the World by Soror ZSD23.  The book covers the author’s personal work with the Arbatel and the Seals of the Olympic Spirits. 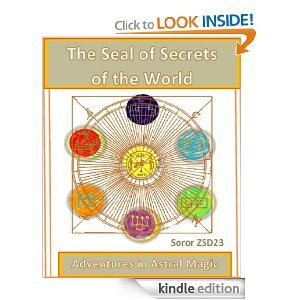 It is turn cheap and can be found on Amazon here.    In the way of a review, the book tells you a bit about the Arbatel and how she used it practically and the effects it had.
What makes this book important is that it tells you what you need to know from someone who has been there.  It is the sort of thing that a teacher might pass on to their students, but keep secret from the rest of the world.

The reason for this secrecy was that it is an inside look into someone else’s magical practice and is extremely revealing. A teacher often does not allow themselves to be exposed in this way, preferring to keep barriers between themselves and their students.

In the process of reading Seal of the Secrets of the World  you learn about what was happening in the author’s life and how this magical stuff created an effect.  The book itself pours poison on any possible theory that is popular in the occult scene which says that magic is great for you and will do you no harm. Soror ZSD23 experiences quite a few unpleasant experiences in the process of her experiments, and it is clear that you can’t write these off as her “not knowing what she was doing.”
Commercially this book is not going to do well.  That is because most people want to read about magic from the comfort of their armchairs. Those that actually experiment with this sort of stuff will find it invaluable. It gives you clues to how the Seal is supposed to be used, and also the sorts of problems you are likely to suffer as a result.  It also reveals a lot more of the nature of the Olympic Spirits, which are forces I personally think are not looked at enough.
This sort of book is the occult equivalent of a science journal where the experiment is available for peers to look at and work with themselves.
This sort of sharing is common in the scientific world but it is not in the occult world.  I have picked up diaries from famous occultists before, Dion Fortune’s, Paul Foster Case’s and John Dee’s diaries are valuable insights about how magic is supposed to be practiced and what results you might see.  However this unvarnished approach was not meant for public consumption.  Dion Fortune’s channelling sessions were more uneven than her followers gave her credit for and in one case Master R slagged off Anne Davies for her lack of cabbalistic knowledge. 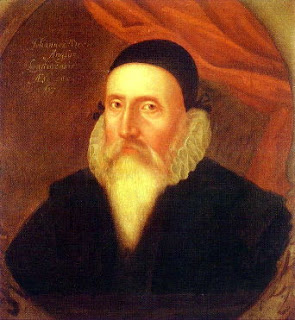 Dee’s diaries highlighted the wife swapping incident which has forever blighted Enochian magic’s squeaky clean reputation. But at the same time, using Dee’s diaries has reconstructed whole chunks of the system which were missing and enabled people like Aaron Leitch have a crack and reconstructing what real Enochian sounds like.
When I wrote my own books I put in lots of stories with some of them being about me which are not that flattering.  What I did not do was write an effective diary of each of my experiments as Seal of the Secrets of the World does.
While I would argue my books sugar the pill a bit, Soror ZSD23 has made her subject more directly useful for serious magical workers.
As information has become available online in blogs and ebooks I think we can see a lot of this sort of thing happening.   If people are up for it, information can be shared that will aid the development of magic generally.
While these works will not see any commercial success they will slowly build into a common body of magical experience.
This sort of material goes above and beyond each tradition.  For example Seal of the Secrets of the World by Soror ZSD23 uses a lot of psychological and Eastern terms because of her background and training.  Although I don’t personally get on with that approach,  I can see what she means it remains useful. 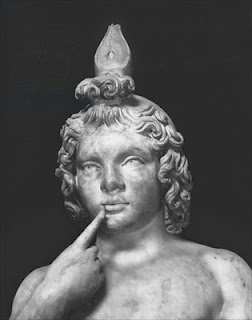 What this approach would also mean is that those systems which are hidden behind a cloud of secrecy cannot really function and remain credible in the esoteric community at large.  There will be those who feel that their experiments are too personal to put in the public arena, which is fair enough.  But there are equally those who have stuff to share.
I remember when I was in David Goddard’s group, a member of the temple died.  We trooped to Glastonbury to scatter his ashes and say nice things about him.  Then the teacher also flung the ashes of his burnt diary to the winds.
I thought, the man had gone, even his words have been destroyed and now I have forgotten his name.  What were in those words which I might have found useful?   He was a nice bloke, I am sure he would have wanted me to know them.
Then I thought of other bonfires – such as those in Whare Ra, where words and teachings were removed from the magical community to protect “memories” of people.  Letters from Mathers, Westcott, teachings etc all up in smoke, all because of secrecy.
Share on Facebook Share
Share on TwitterTweet
Share on Pinterest Share
Share on LinkedIn Share
Share on Digg Share