Skip to content
There has been much debate on the correct position of the arms for the LVX formula of late. Regardie had a perfect ‘L’ as, it appeared did the original Golden Dawn.

However there is another suggestion that the right hand was held as if lobbing a spear while the left was down while off centre.  This is similar to the position which is shown of the Magician in the BOTA tarot deck (and for that matter the one that Harry is painting at the moment). 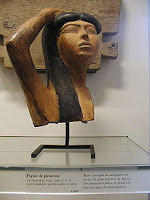 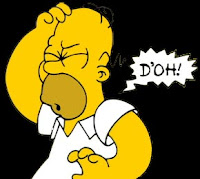 All good stuff which seems to indicate that the GD got more detailed as it got older.
However one should perhaps look at the inspiration for the sign of Isis mourning.  Attached is a picture from Wikipedia showing a rare image of Mourning Isis from the Louvre.  It is a pretty good bet that it might have been the inspiration for Mathers in Paris.  You can see a marked similarity between this image, and another of Homer Simpson.  If this is correct we should say L, ‘Doh’, the sign of morning Isis while hitting the top of our crown chakras.
It is just as well Mathers did not go to a Germany Museum and see this statue of Mourning Isis.

Otherwise we would be sayiing “L,  pardon, the sign of Burping Isis”  (although she could be equally checking if her breath was fresh by breathing into it.   What would have happened next?  V, phooey, the smell of the Armpits of Horus, X, ow, the sign of Osiris with heartburn.  We could be wrong but we think that this is actually Nephysis and not Isis at at all (the throne on her head gives it away).  So we are stuck with ‘L, doh, the sign of morning Homer” after all. Just as Mather’s intended.