Skip to content
I was reviewing some of the unpublished AO documents I have  to see if there were any noticeable differences from either the later Stella Matutina versions.  These two diagrams come from the early AO and the Nisi collection, which formed the basis of my Mathers’ Last Secret and King Over the Water  book.  Since it was different from the Stella Matutina versions printed by Pat Zalewski in his Golden Dawn Rituals and Commentary Book, I thought that readers of my blog might appreciate it.  The diagrams are simpler than the Whare Ra versions which now appear to be a later development.
These two diagrams were shown to the candidate during the 2=9 ritual and they provide a somewhat strange attribution of the metals to the Tree of Life.   In Whare Ra students were given a copy of Westcott’s translation of Aesch Mezareph which was supposed to explain it. It does not very well.
The two diagrams actually show two stages of the great work, but it is not explained how this is useful.  The Nisi document header seems to suggest that Mathers was trying to show how the different metals could be placed on the tree to show different things. However it doesn’t really do that either.
Quoting his teacher, Jack  Taylor, Zalewski said that Mrs Felkin refused to remove the diagrams from the ritual.  He suggests that it might be only there to encourage students to study Aesch Mezareph.  But in my opinion the diagrams presentation might be magical.  They are placed in the South West and shown to the candidate by the Hierus before the Hegemon shows the candidate the geometric shapes diagram.
One of the things that I have noticed is that the candidate’s sphere of sensation changes when exposed to these two diagrams.
One of the reasons why Felkin did not want the diagrams changed or removed is that they were forcing the sphere of sensation into an alchemical process.  In otherwords the diagrams were not meant to be understood intellectually, but their symbolism accepted.  The fact that the are shown the diagram by the Mars  and fire orientated Hierus would be significant to that process.
Regardie never saw this diagram during his initiation.  When he was initiated into the Bristol temple it was one of many which had been removed and set aside for “later study.”  Thus he would have missed out on any magical exposure to these tablets.  As an alchemist he would have looked at them later and wonder what the hell they meant really. 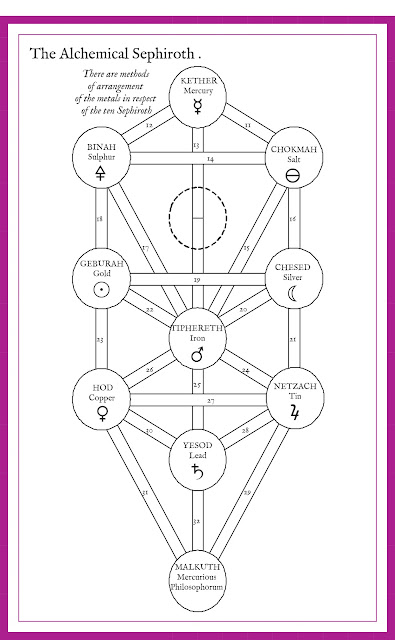 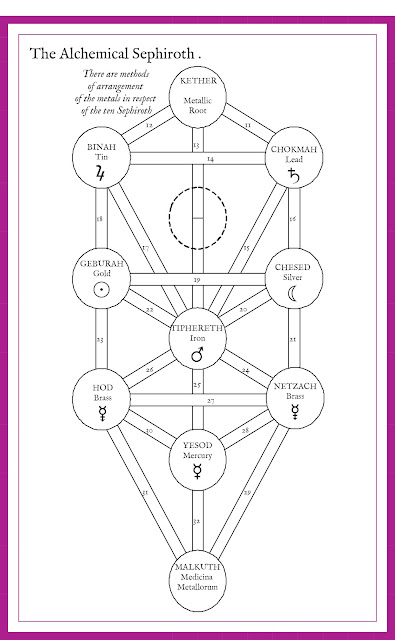