Skip to content
There are times when we do not believe that we can escape who or what we are.  This happened to me when my first marriage ended.  The Nick that went through that process simply was too weak to continue. 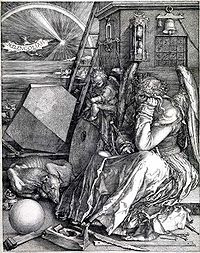 With my self-confidence at a low and depression settling in I could not work out a way to break out of the misery that I was in. I used a magical technique called assuming a godform to help me out of it.

In many ways it was a form of psychological magic as it did not have to be as strong as building a godform for a magical operation, but I did have to assume it a lot to get the effect I was after.
Firstly you have to decide what you want to be.  If you are happy with who you are, then this is really not for you.
You make a list of all the things you want to be.  This can include what you want to look like if that involves losing weight or something that can be changed non-surgically.  In my case it was about self-confidence, particularly in relationships.
You should then try to visualise that thought form very clearly as if it were you looking into a mirror and seeing that being.   You should also give it a name.
You should spend some time visualising that self and doing all the things on your list.  The more you do this the better and stronger the godform will be come.  You see it as being confident in situations where you would be terrified, doing things that you think might be risky, in situations which you might avoid because you lack the courage.  It is important that you see yourself being happy in those situations.    It cannot be an image seen in negatives.  If you don’t want spots you don’t say that your idealised version does not have spots.  You see your idealised version having reasonably good skin. Physical things are harder to change (but not impossible). In my experiment I did not want to look different just feel better about what I looked like.
Then when you are used to imagining how that persona works you can then use a variation of the assumption of the godform technique
Assumption of the Magical Persona
Perform the Cabbalistic Cross and the Invoking Ritual of the Pentagram. Then Chant IAO name at least ten times.  Once you feel that light everywhere, in your mind’s eye allow it to form into a ball about two inches above your head.
Visualise the magical persona as a small statue inside your groin area.  Visualise it as clearly as you can.  Then draw down a line of line from the ball above your head, down your spine and connect it to the statue.
As you breath in, see more light descend and the statue get bigger.  As you breath out see the statue start to come alive.  Normally with a godform you would not allow it to grow bigger than below your nose, but in this case it is safe to do so.
Pause for a moment and then allow your mind to make contact with the Godform.  You will receive all sorts of feelings, and thoughts.  Just make a note of these.  The goal here is feel what the godform is thinking.  Open your eyes.  See with the eyes of the godform.  If it is too alarming for now just shut them and feel the energy of the Godform.  If you feel able, you might like to try to move as the new persona, seeing your room with its eyes and touch.
Hold this feeling for as long as possible.  Then sit down and pull your mind from that of the god.   Allow the persona to shrink until it is the size of a statue again.  Pull out the white light cord and allow it to retreat until it returns to the ball of light above your head.  Perform a cabbalistic cross and allow all the images to fade.
Do this several times before you are ready to try it out for real.    The next stage is to assume that persona in situations where you want to be that particular person.   In the early days of the Internet I experimented on Compuserve talking to strangers in that new persona.  But soon I was doing it in other situations.  Each time I thought   Nick Farrell might not be able to make something happen, but I knew it was easy for  my magical persona.
I rapidly found myself in completely new situations and seen differently by other people.   I soon did not have to go through the assumption process but just had to say the magical persona’s name.  After several months I noticed that I was starting to act like the magical persona without even doing that I had integrated its qualities enough not to worry about it.    It resulted in being a psychological alchemy technique similar to what I describe in my coming book Magical Imagination. 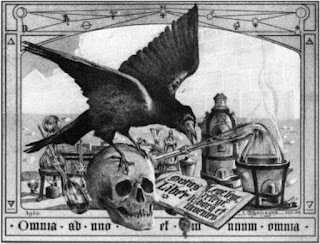 Curiously I would not adopt that persona now — it seems too immature.  If I did the exercise now, I would be looking to bring in different qualities.  But changing self in this way is not something I would do lightly.  It was just that I was at the end of the road of who I had been and was too weak to continue.
You do not become completely different.  You still remain your astrological chart.  But instead of reflecting all the down sides of yourself, you can reflect more positive aspects of it.
In regards to physical changes, particularly on weight matters, you would be saying to yourself “My magical persona can handle a serious diet and exercise that is why it has a great figure”.   In other words it is not a shortcut just a means to an end.
One thing that you will notice is that in the early days before it is integrated the persona talks to you.  So it can help you find answers or, more specifically, trust your own answers.   This stage should not last long and you should be careful about what it says, as it is possible to get a fly in the ointment into this process.  If it starts telling you that you are Jesus then somehow something has gone wrong.     In that situation I would go through a month’s worth of purification rituals and banishings before trying it again.
I should say though that I didn’t encounter any problems and this was one of the most interesting periods of my life.  Mostly though I remember it as being fun, but then again I am a triple Leo and acting is something I like doing.  Being another character, even if that was my future self, was an adventure.
Share on Facebook Share
Share on TwitterTweet
Share on Pinterest Share
Share on LinkedIn Share
Share on Digg Share