After years of being ignored by occultists, the Greek Magical Papyri have become fashionable, but have equally attracted the interest of money-making scammers. Unfortunately, such types appear uninterested in the magical techniques in PGM and more about making money from magically dumbed-down products.

It was bought to my attention that a new age “prosperity box” is selling for $250 without shipping. It has been repositioned by its maker and given some PGM marketing to help it shift at that price. For those who came in late, prosperity boxes are a New Age magical tool where a box (typically covered with Jupiter sigils) is fed with money and makes the magician rich. Whether it works or not is irrelevant; no prosperity box exists in the PGM.

The item advertised purports to come from a spell listed at PGM VIII 1-63. Just as described in the PGM, the olive wood box has what I assume is a baboon with a winged helmet which is lasered into the lid. The three-quarter image follows neither Egyptian nor Greco-Roman magical imagery and looks like a cross between Wyle E Coyote and Monkey from the 1980s version of Monkey Magic. The artist added an anachronistic astrological symbol of Mercury to the image so that the users knew what planet it was supposed to be. A little research would have revealed the right one.

The seller offers to charge the box by saying the PGM VIII 1-63 spell over it. We take their word for this as there is little proof they would, nor would anyone buying the item would know if they had.

Why is this important? The fact is that this spell empowers a statue of a daemon which brings the magician who charges it the favour of God. This is classical Theurgy which is mentioned elsewhere in antiquity. So turning it into a prosperity box not only misses the point of the spell but equally profanes its mystical use. 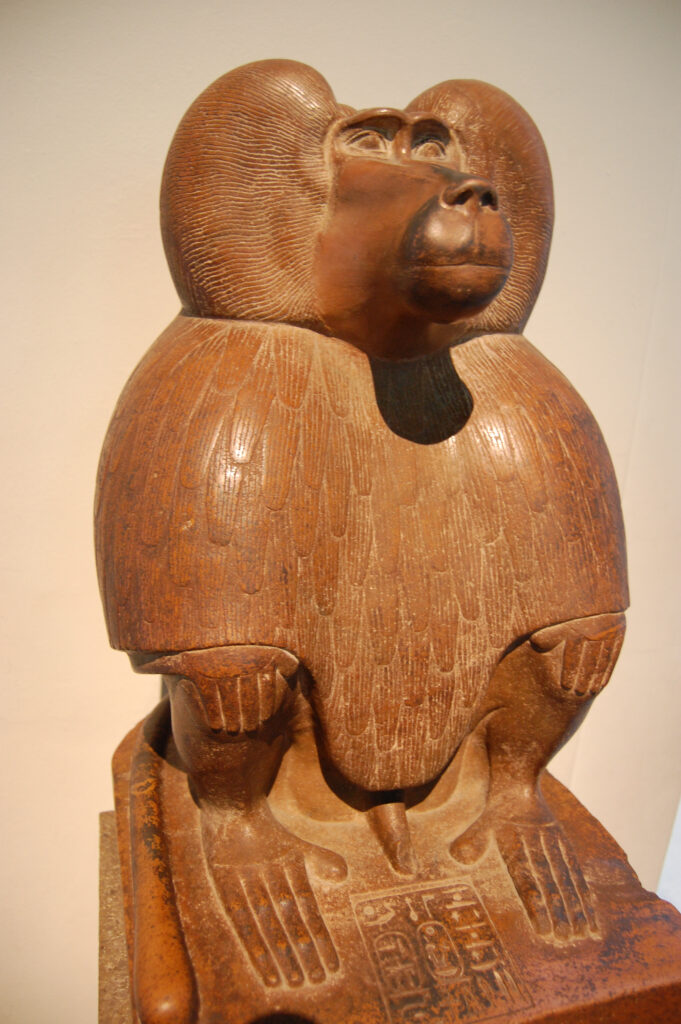 The spell is designed to animate a statue and not a box. Any “prosperity” comes from the magician’s mystical interaction with the animated object. In short, while you might make a statue for someone else you could not charge it for them. If the box maker did the spell, and for reasons known only to the God, and it worked as designed, it would only work for the box maker. (If you follow the logic of the prosperity box, it would mean that any money you put into it would result in the box maker getting rich).

Fortunately, the spell is designed to work on the baboon imagery of Thoth Hermes, so it will not work at all unless the lasered three-quarter image starts to speak. It is unlikely that someone with any real magical experience with PGM would try and pull off this sort of thing. This smacks of a literal approach to the PGM without understanding the magical or cultural context.

Why has this item got me pissed off? Because I love all the subtlety and imagery of this powerful theurgic spell. I have done it every night for a decade (I start all my rituals with it). It creates a magical helper which acts as an astral channel for divine power from Thoth. Turning the spell into something like a new age prosperity box is like using the headless one ritual to start your car when it has a flat battery.

I expect we will see more of these low-brow, poorly researched money-making scams as more new-age types see the PGM as a market.