Skip to content
Madeline Montalban (8 January 1910–11 January 1982) was a fascinating character in the field of 20th century magic. Stories swarmed around her until the real Madeline disappeared leaving only the stories. Writing a biography about her, as Julia Philips has done is nearly impossible, even her close friends had difficulty getting past the stories that surrounded her. 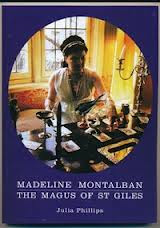