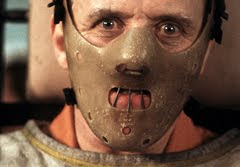 For centuries it has been believed that the rivals to the Romans, the Carthaginians used to sacrifice their children to their gods.
Carthaginian general Hannibal came close to destroying the Roman empire an act which justify to the Republic using genocide to eliminate their major trading rival.
However while the record states that the Carthaginian’s were a fairly peaceful lot who were more interested in flogging stuff to anyone would buy it, they had a nasty habit of sacrificing their children. The evidence comes in the forms of large numbers of urns which contain the ashes of kiddies.
Christians always had a bit of a problem with the Carthaginians as they were a colony of the Phoenicians who were connected to the Philistines. Since the religion of these types was a direct rival to the Jewish Yahweh it was best that they had the sort of religion that made the psychopathic lightning god of the mountains look mild be comparison.
The finding of ashes with baby bones in them seemed proof that the mild mannered trading nation was a bunch of child murders whose god asked them to commit murder on their own kin rather than those of another nation. Apparently this is infinitely worse.
Now boffins at the University of Pittsburgh researchers have looked at the DNA and bones found in the ashes and discovered that the kids were probably dead when they were burnt.
Lead boffin Jeffrey Schwartz, a professor of anthropology and history and philosophy of science said that it appears that the very young Punic children were cremated and interred in burial urns regardless of how they died.
He said that the results show that some children were sacrificed, but they contradict the conclusion that Carthaginians were a brutal bunch who regularly sacrificed their own children.
More than 20 percent ashes were of babies who died still born and rather than being first born males as the Christian chroniclers suggest were about fifty percent female.
The figures seem to fit the idea that there was a high high incidence of prenatal and infant mortality and the Carthaginians dealt with infant death by giving them back to the Gods in some form of cremation ritual.
When they went to war the Carthaginians used professional mercenaries to avoid having to use their own citizens. If they lost, they used to crucify their generals to encourage performance on the battlefield.