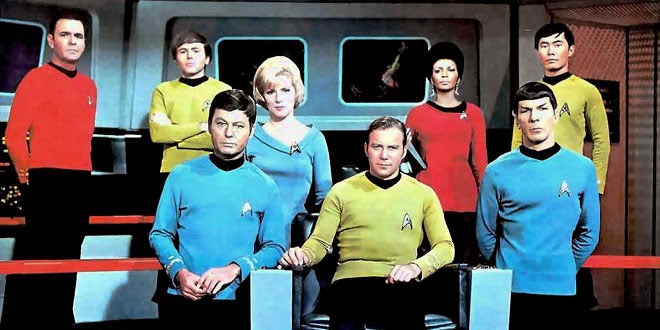 The Golden Dawn cipher manuscripts were used to create the Golden Dawn rituals.  They provided the skeleton for all the rituals from 0=0 to 4=7.  However Mathers was looking at the ritual through a late Victorian Masons eyes, he could have easily have created a different ritual.  What would have happened if the Cipher manuscript had been found in the Star Trek universe?    Newly created from the cipher manuscripts is the Star Trek opening (and it really is created from the ciphers with a little tweaking). Officers of the Golden Dawn robed up for the ritual.All assemble put on uniforms, communicators, etc.Captain: Officers of the Bridge, assist me to accelerate this ship to warp speed.Communications officer: Hailing all hostiles to

Some rituals have the best intentionsAlthough occult books are full of yarns about magic’s success stories there are few tales of what happens when magic goes wrong  I have been noticing that a sector of my life is largely immune to magic of late.  I have tried a number of different rituals to over come this problem and nothing has worked.  As a result I have been focusing on the issue a fair bit and I am looking to find a solid rule for magical failure.I have been playing devil’s advocate on Facebook on this question to see what people’s thoughts about the matter are and it was about what I expected.  Occultism suddenly becomes a religion when things go