Skip to content
I am famous for being blunt and the headline statement will get a few people upset. I have said over a number of years that I do not believe that astral initiation into the Golden Dawn  work, but have not said why. 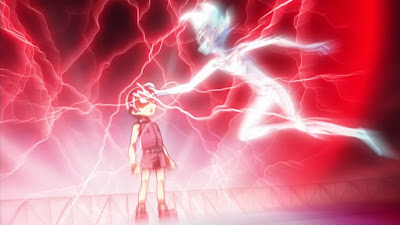 I would LOVE astral initiation to work. As the head of an order, it would mean that I could set up temples in the US or other far-flung parts of the world at a great rate. If I was charging fees for this, I could make a bomb. It would enable groups to be established without me having to bring people to Rome for training. In short, astral initiation is a tool for empire building rather than creating magicians. If MOAA used astral initiations there would be a huge temptation to empire build.
None of the people I had ever met who said they had been astrally initiated into the Golden Dawn had any experience which indicated that anything useful happened. Those who claimed mystical experiences had none of the signs in their sphere of sensation, nor did their experiences show that an astral initiation had taken place.   For example one person said that during their astral initiation, they had seen a pyramid and that was proof they had been initiated into the Golden Dawn.  However, a Pyramid is not a symbol in the 0=0 and it is not proprietary to the GD.  Others have just said new Age sorts of answers like “I felt a white light” or “I was surrounded by love.”  I get that when I eat chocolate, it does not mean that Lynd hazelnut is a self-initiation into the Golden Dawn.  If someone told me, “I felt scared shitless, I could not speak, I felt like throwing up and then I felt Horus was banging a sort on the back of my neck” I would thing you had something close to what a 0=0 is like. 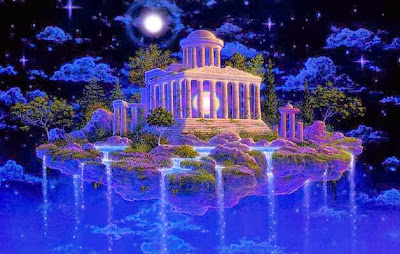 Astral initiation is possible and takes place at a senior level of magic all the time. However, it does not take place at an outer order level. Firstly, because to be astrally initiated you have to be able to get up onto the astral levels, which a beginner cannot do. Secondly, it needs an initiating temple to perform a ritual on the astral plane at a correct time and to perform the entire ritual without scripts or direction.  For this reason, astral initiation is traditionally carried out by a high-level contact to a student and is not something which works in a structured group environment.
So let us look at two rituals which are being used for astral initiation. The first is supposed to involve using the Golden Dawn Z documents and sees the candidate as a talisman.
The candidate’s name is placed on a list of those who want to be initiated, sometimes a photograph is used, or an astrology chart. This list is placed in a black bag and “initiated” as if it were a talisman. The logic is that since a talisman can be charged, then a human can be too by proxy.
Intellectually this technique could technically work. The talisman version of the Zdocs creates a thought form which is initiated with force. The thought form would then slowly transform the candidate’s sphere of sensation until it reached a standard comparable to initiation.
Practically however the Z docs do not allow a talisman to be adjusted to a candidate – it was written assuming that you were fusing a spirit to an inanimate object. If you look at the wording of the Z2 document, it is different for a talisman with good reason. You are looking to tie the spirit of a talisman to a physical object and not the complex operation of breaking down the sphere of sensation which the 0=0 is supposed to be doing. Most of the talisman ritual is focused on the talisman and the astral form of the force you are trying to attract to it. A list of names or symbol of a candidate will become charged (as a talisman) but the person will not. The best-case scenario is that your talismanic list will draw the correct experiences to a candidate over time. This is unlikely, particularly as it breaks the rule of having a talisman focusing only on one or two outcomes. Your poor talisman thought-form could be trying to reach two to ten different people at the same time and bring them an experience which is supposed to be life changing.
So what about plan b? This method involves initiating an astral form of a person using something connected to them. You create a simulacrum of a person and then perform the 0=0 ritual on that. Afterwards, you send the simulacrum to the person and fuse it to their sphere of sensation.
This requires you first to build a particularly dense astral body and then build the thought forms for the Golden Dawn ritual as normal. You could not do that for a list of people. It would have to be a two-part ritual which involved a rite to build a strong enough astral body. This thought-form would have to be built from the energy of the officers and would be quite draining. They would then have to carry out the initiation proper. 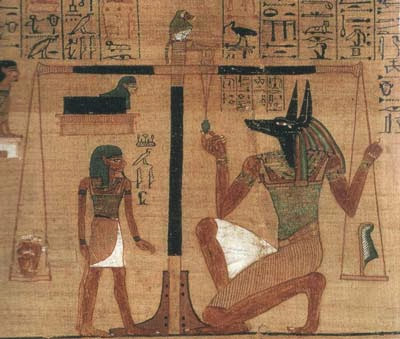 It would take a great deal of experimentation to see if this worked and there would be some problems.
The 0=0 requires the purification and consecration of the candidate. In this situation, you would be purifying and consecrating the thought form. There is nothing to make the thought form do the same thing to the candidate’s sphere of sensation. Even if there was, it is difficult to see how a thought form would manage it.
Then there is the oath which has to be administered to the candidate and tested and sealed into their sphere of sensation. In this situation, the oath is being said by a thought form and NOT by the candidate. The thought form will be bound by the oath and tested by the 42 assessors and not the candidate. Then there is the splitting of the sphere of sensation to the four sons of Horus, something that I consider an important part of the 0=0. What would be split here is the thought form’s “astral form” and not that of the candidate. This means that not all the problems of leaky spheres of sensation which plague most candidates would be fixed.
On the plus side, a thought-form could perhaps bring an awareness of the Higher Self and perhaps make some changes to the sphere of sensation but this would be nothing like the experience of a physical initiation.
I mentioned that astral initiation does exist and I can say that there have been a couple of situations where it happened to me.  Neither case involved a ritual at all, all where while the initiator, and myself were in an astral state. I was wasted for some weeks afterwards. It gave me no status in any order other than in my own personal development.
In the MOAA correspondence course, we use a form of astral self-initiation but it takes more than a year’s worth of preparation before the 0=0 grade initiation takes place. It connects the candidate to the forces behind the Golden Dawn and their Higher Self. However, it does not involve any ritual on our part at all, nor does it count as a 0=0 in MOAA. It has an effect (although it is not as good as a 0=0) because the candidate is forcing the connections and the contacts are doing all the ritual work. In the astral work, the candidate sees what happens to them and interacts with it. I think it is the closest you can come to an astral initiation, but it takes a long time to build up to that point.  One thing I find interesting about this particular method of astral initiation is that the people we have put through it soon found a source for a physical initiation.
There are some other problems with Astral Initiation. Given that most candidates either do not feel anything (or are not trained enough to feel anything) it requires a lot of trust that the group is kosher. Ten years ago I wrote how a group was making a fortune by doing mass astral initiations.  A friend who lived around the corner from the group’s house applied for a fake astral initiation. He was told that the ritual would take place at a certain time and he would have to tune into it. Instead, at the time he went around to the house where the group met. He was invited in and found the entire group drinking beer and watching Gerry Springer. In other words, they were collecting the cash and doing nothing. Not only is astral initiation good for empire building, it can be a good source of income for the unscrupulous.
One of the excuses made for astral initiation is that it gives people a chance to experience something if you cannot get to a physical temple. However, if the thing does not work then what is the point?A candidate would be better off meditating on their own than carrying out a bogus astral initiation. In fact, I would say it would be more challenging and fulfilling for a candidate to watch a good episode of Dr Who than to pay cash for an astral initiation and have nothing happen.
Within the Golden Dawn or Stella Matutina there was no practice of astral initiation. It was used in the AO as a Mathers money making exercise to squeeze cash out of rich Americans (and it is not clear what, if any, ritual or astral work was done for this). It had the bonus that allowed them to establish US temples, but there is no indication that they worked.
Share on Facebook Share
Share on TwitterTweet
Share on Pinterest Share
Share on LinkedIn Share
Share on Digg Share