Skip to content
I got passed a paper from the Hermetic Order of the Nascent Dawn which had some interesting ideas relating the to the Governor of the Aethyrs. It was given on to me in the assumption that I would put it here. 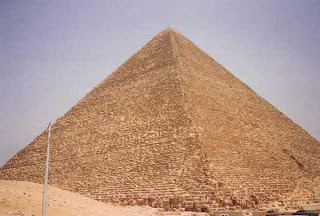 The idea is that there are 92 governors of the Aethyrs who rule over different parts of the world. The rule of the First Aethyr is Occodon and he rules Egypt.
The number also pops in a list of Geometric Solids. These are called Johnson’s Solids after Dr Norman  Johnson who wrote his 1966 worked out that there were only 92 convex non-uniform polyhedra which could have regular faces.
What is interesting is that he arranged a list of them in order  If you look at the first one (which is the simplist) you get a four sided pyramid.  Remember Occodon and the fact he looks after Egypt?
What HOND is arguing is that there is a reason why the list of geometric shapes appears in this order and that we can find out a bit about the energy of each Governor by looking at the Johnson Solid connected to it.
It gets into adding up numbers as each of them a calculator. Each face is made up of a number both inside and outside. I would guess that each solid is made up of a shape which can be interpreted cabblastically.
Magically you could construct a talisman built out of each shape with your name on the outside… your mystery name on the inside and surround yourself with all the angels and divine names that each shape creates. They would be like my four worlds talismans only replicated many times and into a three dimensional solid.
Since each Governer represents an area of the earth you could use their shape to help you in magic to help that particular country.
I have no strong views on this and am suggesting it in case anyone has an “aha moment” and it provides them with an answer they needed.    I have not seen any Metabiaugmented dodecahedrons structures in Rome (I think I would have noticed).  But Angels do tend to throw up geometric shapes a lot so there might be something in it.
Share on Facebook Share
Share on TwitterTweet
Share on Pinterest Share
Share on LinkedIn Share
Share on Digg Share