Skip to content
What follows is cryptic writing but inside it are Ideas which should give the reader concepts which I am playing with now. 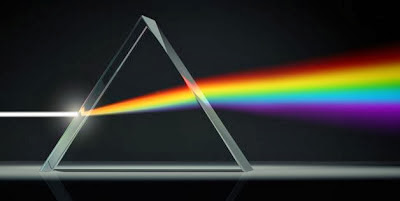 These are the realms and natures of spirits.
The One Thing is like light, in which darkness and shadow are one. To understand itself it created a mirror and divided itself into seven aspects and these formed the jewels of a crown for creation.
From these jewels were born the seven proto-gods, the Elohim, who contained in themselves the seeds for the reflection of the One Thing. These proto-gods created matter so that it could reflect the Face of the One Thing.
They divided the reflection into two; the light and its shadow became separated. Thus, the colours of the Elohim where reflected through-out creation, from the lightest to the shadow.
Then these proto-gods made the astral form of themselves and called it Adam Kadmon and they sat on his head as a nameless crown of reflected light.
This child of the Elohim partook of two different natures, and contained within itself the rainbow of creation from light to shadow. Adam Kadmon existed in a twilight world of light and shadow for in matter were the full range of the colours of the Elohim expressed.
Adam Kadmon saw the Elohim in all aspects of himself and he named them. The highest Crown it called them the Seven Celestial Gods and declared all the colours pure inside them. Then it proceeded to name all the gods between the light and the shadow. At the top Adam Kadmon declared, was a trinity of male, female and union.

Adam Kadmon noted that there were those Gods which were closer to his nature than others were. Colours, and beings which were similar to him. These he related to strongly, but they changed with his mood and development. Sometimes they were overthrown by a vision of the Celestial, sometimes they were dragged down deeper into his own shadow.
Some gods were bound to this shadow by their rivals and their true meaning became lost to all but those who sought them in the Shadowlands. They were called demons, but they were no more evil than that aspect of Adam Kadmon. They were ruled by King, a Queen and a Prince.
Then there were gods who Adam Kadmon feared so completely. They were part of himself and part of his not-self. For he knew that there was an infinity of being above the crown of light and below the shadow crown which were above his understanding — beings which could only be defined by what they were not. They were nameless shadows beyond Erebus whose darkness ebbed and flowed like a black ocean between the subjective and the objective. When the waters rose, the shadows darkened and when they retreated, the shadows lightened. Likewise, when the nameless crown did brighten, so the light became dazzling.
There were also those spirits who were born of the Kingdoms of matter in which Adam Kadmon lived and these he called elementals and he was their manipulator using them to change his universe until it suited him.  Sometimes he would call upon the powers of his Gods to help him and other times he would bind them with his own power.
There were the fragments that Adam Kadmon had cast off; aspects of itself had fulfilled their destiny. Some, which partook of its highest aspects, merged their fates with the God which corresponded to it, others became Gods, and fewer managed to raise themselves beyond the trinity of light and darkness. Others became one with their family line and existed at their own level within the mind of Adam Kadmon.
And it shall be so until Adam Kadmon has truly reflected the Elohim and shall merge with them and he shall then merge with the One Thing, which will have understood itself.
Share on Facebook Share
Share on TwitterTweet
Share on Pinterest Share
Share on LinkedIn Share
Share on Digg Share