Needless to say no physical secret chief has knocked on my door or arranged any appointment.  Still the door is open for the supermen to prove they exist. 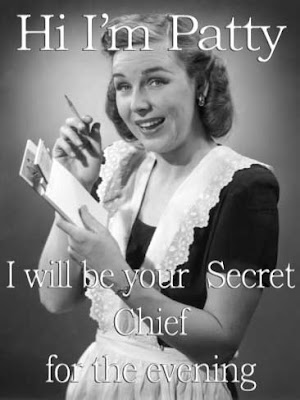 One of the statements that relate to the concept of physical secret chiefs is that they may not be supermen.  They may simply be adepts from outside the order, who only talk to the senior members of of an order and might what to remain secret.
As someone who is involved with running a group there are certain problems with this idea which might not be obvious to those who have not tried it.    There is nothing wrong with taking advice and teaching from outside your own group and working it within your group’s framework.
But new systems or occult information is not necessarily the panacea a group needs.  This is particularly true of the Golden Dawn system which interlocks on different levels.  If you change or add something at one level, it breaks something else on another.  This is why if you make one change you have to go through the whole system and changing others.  The relatively minor changes we made in MOAA for example meant going through all the course material and rituals and making sure it all still  worked.
An outsider, however good they are, will not know about how each order really works.  Even if they have all the course material and rituals in front of them, they cannot know the true impact of some of their ideas.  This is one of the reasons why a chief of an order is supposed to know their stuff.  A secret chief, or one not connected to the group, has no chance of having that level of training in that system.  They might be able to turn lead into gold, but if they don’t know the grade signs they will be largely useless.
If they teach a chief their techniques, say for turning lead into gold, then the chief has to translate their techniques into those of the system.   If it does not work, then the technique, however well it works for the Secret Chief and his students will not work for other orders.
This precludes the Secret Chief talking to anyone in the order other than the Premonstrator or teacher.  In fact the Imperator’s role is to make sure that Secret Chief teaching does not contaminate the body of teaching on offer.
The second order is not a place where you can shove any old rubbish from the dustbin of esoteric history because it looks nice.  It has to work within the Golden Dawn system too.
But there is also a magical reason why using a physical outsider to provide you with teaching is a bad idea.  This person, however good and friendly they might be, is still outside your order.  To give them the role of a secret chief places them in a position of seniority within your group which is not earned.  Again they might know the secrets of the Philosophers Stone but if they have not suffered the fall outs of a 1=10 and can’t to a lesser ritual of the pentagram they are of no use to anyone.  It may sound harsh but, for example, an alchemist is not a magician, and neither is a mystic.  They can be experts in their fields, but not good at your system.
That is not to say that at group has nothing to learn from outsiders, but the question in a group must always be… “If our secret chief is so important, why isn’t he running our group and why can’t I ask him questions?”
This question thing is very important in any order.  Questions might be irritating to the hierarchy but the path of magic is about asking questions so they have to do it.  So if you enshrine a physical person within your group who does not answer questions then you are automatically creating something which is anti-magical.  It seems unfair that if the secret chief issues a paper which says “All elephants are pink” and a student asks “elephants are grey” that the head of an order has to defend the secret chief’s thesis.  The fact that secret chiefs are placed beyond an order by virtue of their secrecy means that there is something wrong with the system. 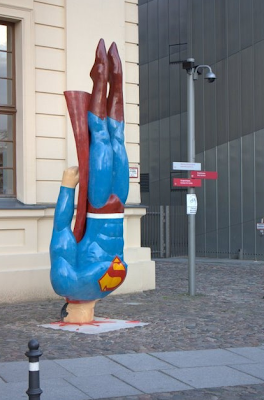 Under the definition of “non-supermen” secret chiefs, it obvious that MOAA has lots of “secret chiefs in the flesh”, it has also meant I have acted as a secret chief to a number of different groups. These are people who I ask questions too and they ask me. I am an experimental magician I make no attempt to claiming I know everything and sometimes I have to ask experts.  Sometimes their advice works within my terms of reference, sometimes it doesn’t.  None of these people have status within MOAA, or are they called Secret Chiefs.  They are just people I respect.
If you belong to an order which enshrines physical secret chiefs who no one else is allowed to see, then you have to question why that is the case.  The whole idea is that a secret chief is, er secret.  In fact it is much better that the group shuts its mouth about their existence.   It leads to an obvious question.  If your chief is outsourcing his teaching to an outside body, then what is he or she doing there?  Admitting that they have handed over the task of teaching people to secret chiefs outside the order, means that they can’t do the job themselves.  If the secret chief is providing teaching, then the head of the order has nothing to teach and is basically a glorified administrator.
The only way you can get away with saying that your order is directed by physical secret chiefs is if they really are supermen.  That would certainly be novel.  But if they are not going to come out of the closet and reveal themselves to ordinary members, then they will remain an order myth.
Share on Facebook Share
Share on TwitterTweet
Share on Pinterest Share
Share on LinkedIn Share
Share on Digg Share