One of the dangers of having a system based on Secret Chiefs, either internally or externally, is that you are able to offend them. In this respect they certainly are similar to Godforms.
There are cases where people are said to have lost their contacts or Secret Chiefs often for the strangest of offenses.

Sometimes it is because you leave a group.   Dion Fortune regarded her Golden  Dawn contacts lost to her until she joined the Bristol Temple of the Stella Matutina.  Interestingly she regarded these contacts as the same ones she met when she joined the AO.  It would appear that as far as she was concerned, the AO and the SM had the same Secret Chiefs.  If this was true it would be deeply embarrassing for those who claim that the AO was the only true GD and the SM did not have any blessing of the Secret Chiefs.  Personally I think she was mistaken, but it was an interesting comment.
You could also lose a contact or Secret Chief because you angered them by revealing some big secret or had carried out some evil magic.  Most of the sources for this myth are fictions.  Dion Fortune was supposed to have lost a contact after she published Mystical Cabbalah and yet there is nothing in the Dion Fortune collection that suggested any of her Secret Chiefs had abandoned her.
Obviously if your secret chiefs are physical there can be any number of reasons why they might break the link with you and your order.  You might have offended another rising star, you might have failed to come up with some promised cash, or you might simply be a public embarrassment.  These are the sorts of things that anger physical chiefs who are bound by their egos, but probably not astral ones.
Indeed Astral contacts to appear more aloof and reasonable by comparison.  I say by comparison because I have seen Astral secret chiefs give some fairly rubbish and insane advice.
Once that I was told by one contact that I would not work with him any longer and that he was not really my “secret chief” in the first place.   I could not say I was surprised, I never really thought he had been.  But what followed was a long period of me ignoring the idea of Secret Chiefs and Contacts completely… physical or otherwise.  Part of this was because I started working exclusively on the Golden Dawn tradition.  Sure I met inner plane beings, but nothing like the level expected for a contact.
This dumping of the contact was not so much because I had offended the early Secret Chief.  It was simply that I was no longer working along those guidelines and could not pick him up any more.  The same probably applies to those who do some type of magic which is not in tune with their Secret Chief.
I do not teach people to look for contacts or Secret Chiefs.  As Chic Cicero once told me “You do not need to go looking for Secret Chiefs, if you do the work they come looking for you!”   He was completely right.
My physical chief challenge was based on squashing an important myth, that physical secret chiefs are a 19th century marketing gimmick.  So far I have not seen any evidence that they ever existed, or that they exist now.   I remain open minded until August 5, but if they don’t show up the onus will be on those who claim that they talk to physical chiefs to actually prove it, because there is a body of evidence which says otherwise. 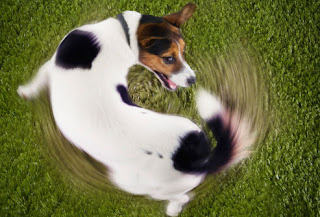 In this series of articles I have looked at what the secret chiefs might really be, rather than their literal, somewhat out-of-date interpretation.  In my view they are the sizzle and not the steak of occultism.  You can get through your entire esoteric career and never need one.
There are those who are like dogs chasing their own tails on this question.  Rather than seeing the secret chief as an extension of their own intellect or wish fulfilment they keep chasing an idea which takes them nowhere.  Then they have the gall to say to the world “look we are superior because we are contacted with a secret chief.”   Chances are that it is their own arses which is leading them rather any real Secret Chiefs.