Skip to content
In some of the responses to my Secret Chiefs challenge, some of people have come up with some good reasons why they might not show up which have nothing to do with their nonexistence.  Peregrin Wildoak on his blog has looked at some of the reasons that they might say here . Lenny Stevens has listed one good one in the comments section here and Alex has also done so here
Here are the reasons.
Nick Farrell is not important enough.
Lenny pointed out that just declaring that you want to see him, does not guarantee that you can get the president of the United States knocking on your door.  You are simply too busy and President Obama has better things to do like avoiding reforming the corporate oligarchy he is supposed to be in charge of.   It is a good point.  But the Secret Chiefs cannot be burdened with the same ideas of status.
Mathers was an unemployed mummy’s boy with few prospects (archangel Raphael), Paul Case was a poor movie theatre pianist when Master R found him.  Neither were particularly important on any scene and they were only declared geniuses after their death.  What Secret Chiefs are supposed to be interested is people doing the work, who have sacrificed themselves to that work.  Please note that I am not saying I am important.  I am just saying that I am just as important as those who have also claimed similar contact.  But also I am not asking for the sort of contact that people build their groups around.  I am attempting to get them to prove they exist.  By doing the MOAA grade signs they are telling the occult community that they not only exist but they have an important role in setting up a group.
To use Lenny’s analogy — the status quo is like the US President trying to run the country without being seen and randomly showing up to one or two citizens to tell them what to do.
The Secret Chiefs might not know I want a word.
Alex pointed out that most of the world is not on Facebook and very few people read my blog.  While he has a point, Secret Chiefs, even those on the physical plane are supposed to know what is going on.  They are supposed to be connected to the Akashic Records and the Akashic DVD bank which are astral internets and are supposed to be pretty much all knowing.  Otherwise they would not know who some of the smaller players in the occult scene were.  If secret chiefs are going to be anything useful to the universe then they are going to have to know what is going on in what should be a specialist scene.

I am is not evolved enough.
The idea is that I might not have the spiritual ability to “see” a secret chief.  Actually I would have no problems seeing an astral secret chief… vision things have never been difficult for me.  The whole point, however about a physical secret chief is that you do not need any evolution or special sight.  They are er… physical.  You should be able to see them in the same way you see someone who knocks at your door.
I have pissed the Secret Chiefs off.
It is possible for me to piss off a lot of people.  Most of the time it is because they do not really “get” me, or are trying to make me into something I am not.  One of my mottos, since I was 14 was that I was “going to be myself no matter what.”  Secret Chiefs should understand that and more to the point they should understand where I am coming from.  Some of the people I have pissed off have come to realise what I have been banging on about and became firm friends. 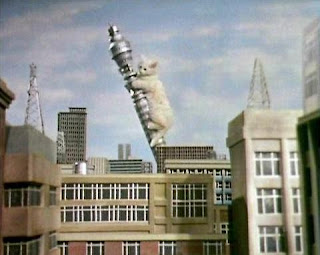 Nick’s own limited perception will stop him seeing the Chiefs right in front of him.
This is similar to the evolution thing.  Basically if the Secret Chiefs turned up in the form of a big bunny or a white mouse I would not recognise it.  Firstly I am pretty observant.  It comes with the job.  If a white kitten knocked on my door and did the grade signs I would notice.   But the idea that you need a particular psychic ability to see “physical” secret chiefs is bogus.  If I could not see then with my physical eyes then the secret chief was not a physical and the point would have been proven.  A real human has to be seen.  If it is not a real human than secret chiefs are NOT physical.
It’s just not cricket for me to ask for proof.
Actually it is completely within my remit.  Not only do I believe that as an occultist I have to question everything, but also it is actually in the 5=6 oath that I must question anyone who claims to be a Rosicrucian.  Secret Chiefs would fall into the category. What separates magic from religion is that we test everything and experiment.  Faith is not something we need.  We do not need to worship gods any more than we need to worship the bloke who comes around to fix our Sky connection.  Our job is to work with them… you do not do that from faith in them… but knowledge.  What I am asking from the physical plane secret chiefs is to prove they exist.
Secret chiefs are not physical in the first place. If they don’t show up then I can l deny they exist.
Actually I am not.  I think that in the universe there is a concept like a secret chief, but it relies on people on the ground to provide its physical component.  I do not believe that there are physical adepts who are secret chiefs.  However for the purposes of this experiment I am suspending disbelief for a month to give them a chance to prove it.
I am a Christian
I am a Pagan
Not in the accept sense.
I am a Satanist
I don’t believe in Satan
er… that is it
Share on Facebook Share
Share on TwitterTweet
Share on Pinterest Share
Share on LinkedIn Share
Share on Digg Share