Skip to content
Darcy Kuntz has just released his RUBY TABLET  which should be important reading for anyone interested in the Golden Dawn tradition.  Darcy is using the magazine to release documents which have been unpublished.  As you will be aware this is a particular bugbear of mine which in my view has made a small group of people who do no magical work more important to some groups than they should be. 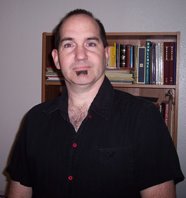 There is a black market in trading of Golden Dawn photocopies which when they end up in the wrong hands, get traded for grades and favours. Sometimes if a group has a collection of photocopies it gives these out as proof that it has true lineage and other groups do not… even when the material was collected from this document trading racket.
I know of one person who was actually made a chief of an order on the basis of his collection and was given a 7=4 by the Order in question.  After a few years he died having never turned up at a meeting, but made a big thing about his grade to who ever would listen.
Anyway Darcy’s magazine is available by donation, which should be about five dollars an issue. If it works then Darcy is promising to release more material from his collection as well as modern articles. This is something that the Golden Dawn community should support.