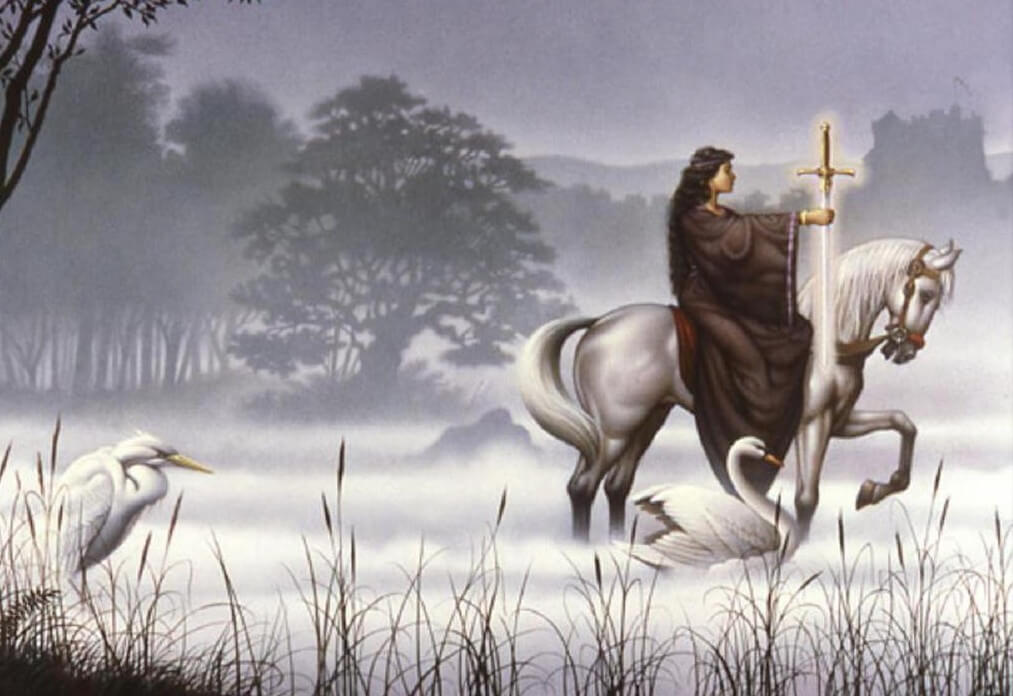 I had a shock today when I read how Marion Zimmer Bradley protected her pedophile husband who committed serial sexual abuse and how her daughter has been saying that the fantasy writer was violent and sexually abused her too.
Like the writer Jim Hines who wrote the blog with all the details, I was a big fan of Zimmer Bradley who opened up the Arthurian mysteries to me. The world she portrayed was full of strong feminist figures fighting against some really unpleasant male aggression.  Now that world and those characters and world is dead to me.  They are the creations of a writer who did not mean a word of it.  Her fantasy worlds were not an expression of what she believed.
What is also strange is how there is a movement among her fans to say that this does not matter, what matters is the worlds and characters she created. Equally there are those who say that Bradley and her husband should not be judged because the matter has been “dealt with.” Besides  Zimmer Bradley was a victim of her own mother so surely that gave her the right to repeat the pattern etc..
But a writer is, in some ways, a God, or a magician.  Everything that happens in a book is a creation of the writer.  To write a novel is to expose yourself to the reader.
In the Zimmer Bradley case the writer is a hypocritical god… she is not her heroines, but the cruel abusers. She is not the struggling feminist icons but the oppressor. Needless to say this turns Zimmer Bradley’s books on their heads and makes them effectively unreadable.
In her books it is the heroines who hold the magic and not the oppressors and what Zimmer Bradley is effectively projecting is her own cruelty against her magical self.  She is unconsciously aware that the two things are mutually incompatible.  You cannot be a magician and be cruel to the innocent.
Now you can be a magician and an arsehole.  Being a magician does not stop you being arrogant, violent, intolerant, rude, or anything that many in the new age world says you should not be. But there seems to be a line after all, one where you stop being a magician and become something else. That line appears to be one of cruelty to another person or form of life for your own aggrandisement.  If you contribute to wrecking another’s life, then like Marian Zimmer Bradley’s universe, your magical world collapses.  Suddenly you lose the right to speak because the world has seen your hypocracy.  The magic might continue, but really the spirit of it has gone.
Watchers of the Dawn ran a story about how one of the heads of the AO Order in Ireland had been sentenced by a court for collecting child porn. If true and it seems to be, not only did the head of the Order David Griffin know about the man’s convictions but also he expelled three members for daring to complain about it.
Like the Zimmer Bradley case we are being asked to look away by those who are “fans” of that system.
On Facebook, the writer Fr Barabbas, who always takes the role of Griffin’s apologist, said that it was not up to anyone to judge someone who had already been sentenced and punished in a court of law. (Of course you could use the same logic to say that you should not judge someone who has NOT been found guilty in a court of law) Another person suggested that the story was just part of the Golden Dawn Flame wars and people should really be getting on with each other.
But really, like the Zimmer Bradley case, the magic dies when you hear of such things.
Total Page Visits: 416 - Today Page Visits: 1
Share on Facebook Share
Share on TwitterTweet
Share on Pinterest Share
Share on LinkedIn Share
Share on Digg Share

5 thoughts on “SHOULD WE BURY SECRETS IN THE MISTS OF AVALON?”