Occultists have a habit of embellishing stories. Thoth-Hermes, the patron god of magic, is also the patron of words, stories, lies and thieves. One of the qualities of Odysseus, who was closely linked to Hermes, was his diplomacy, his ability to tell stories and to lie through his teeth.

I have done one list that was mostly about what Golden Dawn people tend to say and mean. Those not in groups used it as an excuse to bash those that were… so here is a list of things solo magicians say alongside what they mean.

I don’t need to belong to a group to teach me magic: I can’t find a group that would let me join. Even AMORC would not let me in.

Magic needs to be closer to the community: What do you mean your order has no magic groups in Buttfuck, Arizona?

Magical groups discourage actual research: I learned all I needed by reading Wikipedia.

Magical groups are all led by con-artists: I paid a fortune to become a living god online, and I still live in a trailer.

I don’t get the group’s obsession with robes and equipment: Here are some pictures of my complete set of Key of Solomon gear. Aren’t they pretty?

Grades have absolutely no meaning to spiritual progress: I flunked high school, but my mum thinks I could be a brain surgeon.

The Kybalion teaches everything anyone needs to know about magic: I am an idiot who thinks Twighlight was hermetic. 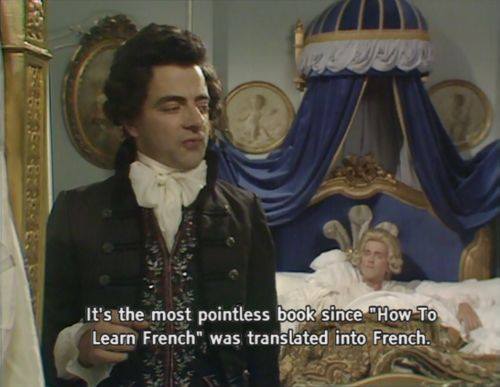 OTO has lost touch with the teachings of Crowley: I was thrown out of OTO in the 1970s for bringing the order into disrepute.

People do not need a unique space to do magic: My wife does not let me do rituals, so I have to do them in my head.

Wicca has lost its way: My local coven has a restraining order against me after the cucumber incident.

I have a huge occult library: Five books, one of which is the Lord of the Rings, which I have not read.

Magic needs to embrace the new physics: I once read an article in New Scientist and like cats.

I do an LBRP and am really into NLP and OBEs: I have NFI what I am talking about.

I never needed a teacher: I have ego problems and would not listen to King Solomon if he were my teacher.

I am an experimental magician: I use the same methods as everyone else but I do them so badly that no one can recognise them.

I want to upset the established ways of doing magic: I have just discovered I have been holding my wand the wrong way up for a decade.

I got interested in occultism through DMing my solo dungeons and dragons campaign: I have never had sex.

The biggest problem working by yourself is having the discipline: I manage to do one two minute mediation every couple of months before getting bored.

It was only when I worked by myself that I discovered my true divinity. Everyone said  I was a megalomaniac, but I know that I a god who was sent to save the world from itself.

That is not how I pronounce it: I have never heard a magic word pronounced out loud, so I have made my version.

I think it essential that you grade yourself: I am an Ippopotamus now.

I have self-initiated myself into the Golden Dawn: Hopefully, you will not ask me how I banged in the last nail during the crucifixion part of the ceremony.

The good thing about not being in a group is you don’t have to put with bullshit:  No one has ever told me that I was wrong.

The intention is everything: I have turned “no idea what I am doing” into a philosophy.