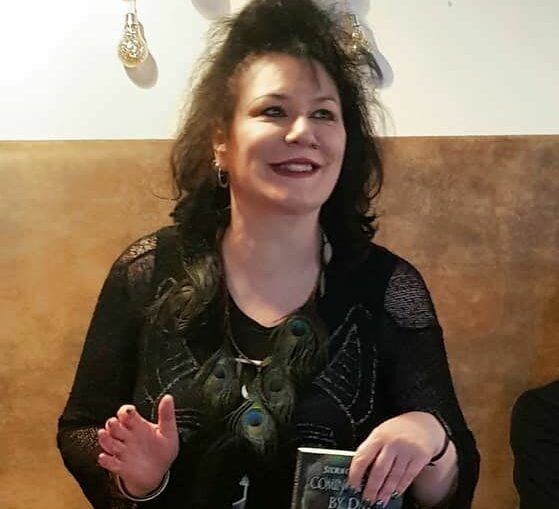 Storm Constantine a sci-fi writer who was a huge influence on my writing has died, she was 64.

Her death is a shock to me as I had no idea she was sick and spoke to her on Facebook a few weeks ago about my book Helios Unbound which she edited and published through her own company, Immanion Press.

Constantine was a huge influence on her fans particularly for her Wraeththu series and there has been an outpouring of grief from them, but while I did read her stuff, that was not Storm’s influence over me.

I met Storm while trying to find a home for my book Gathering the Magic which was not getting any interest from the main publishers. It was so long ago I can’t remember how I got her name. Immanion was new and occult titles like mine where sitting alongside some of my Sci-Fi heroes such as Michael Moorcock.

More importantly for me, Storm encouraged me to write my novel “Tree Falls.”   I had always wanted to write a novel, but really lacked the confidence. She helped me develop the book and keep it within the style I wanted. She then published it.

As a novel, it was not a commercial success, but I am really proud of it and it was one of those things on my bucket list as a writer and something I would be ok to try again.  It is still in print, and it would not have existed without Storm.

When I wrote Helios Unbound I thought immediately of Storm as the publisher.  I felt it was too advanced for the mainstream press and I was sure she would take a risk on it. She did and got it to press.  At the time she must have been sick, but I did not know.

There will be many writers out there like who owe Storm a debt because she took a risk on them and helped them get into print.

So I would certainly tell the 42 assessors that Storm had a worthwhile and successful life and I am glad she lived.